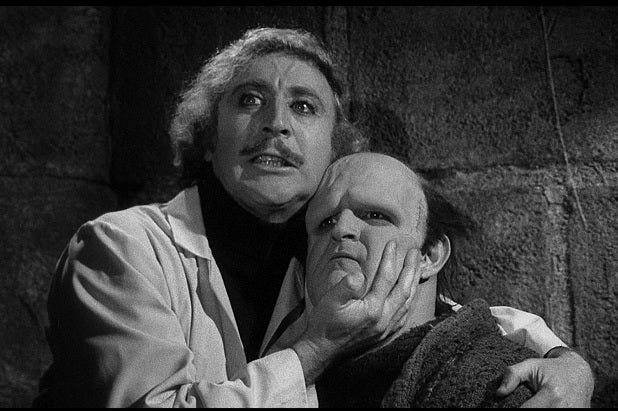 Universal Pictures’ repeat 1-2 finish with “Ride Along” and “Lone Survivor” at the weekend box office was impressive. Any time you tie a record involving “Ace Ventura: Pet Detective” — which with “On Deadly Ground” did it for Warner Bros. 20 years ago — it’s kind of fun. But overall, it was a pretty blah weekend, with the top 12 movies combined taking in less than $100 million.

The only new movie, “I, Frankenstein,” lurched into sixth and “Frozen” and “Jack Ryan: Shadow Recruit” switched spots, but otherwise the top ten hardly changed. Part of that was the crummy weather chilling much of the country, part of it was movie fans catching their breath after the awards flurry and January is typically a dead zone for new movies.

Still, there are a few things we think we learned this weekend:

There will be a “Ride Along 2”
Seventy-five million dollars — triple its production budget — in two weeks pretty much seals it, even if Universal hasn’t made it official. Kevin Hart said it was so at the Grammys Sunday night. Money talks, and Hart, co-star Ice Cube and director Tim Story have been just that for the past two weeks.

There won’t be another “Jack Ryan” movie, at least anytime soon
This one isn’t official, either, but $30 million dollars — half of its production budget — in two weeks seals this one, too. It’s done just OK overseas with $46 million roughly halfway through its run, and that probably has more to do with Kevin Costner than Chris Pine, the star Paramount hoped would re-ignite the Jack Clancy franchise after 12 years.

“Frozen” will hit $1 billion
That the Disney Animation smash is still playing so strongly domestically — $9 million in its 10th week — is quite a feat. But its strength overseas, where it added another $22 million this week, is what will push it over the top. It’s at $810 million now, with China (Feb. 5) and Japan (March 15) still to go. Given what it’s done so far — and the appetite Chinese moviegoers have shown for recent animated fare like “Despicable Me 2” and “The Croods” — we’re betting it will.

“Nebraska” won’t be breaking out
Director Alexander Payne’s black-and-white tale of a stubborn old crank was always going to be a tough sell. After two months in limited release, Paramount expanded into 968 theaters, its widest run yet, and it took in a soft $1.4 million. This one isn’t really about the box office of course, and Oscar nominee Bruce Dern’s portrayal of a dementia-addled Montanan convinced that he’s won a million-dollar sweepstakes deserves to be seen.

Frank assessment
Lionsgate distributed Lakeshore Entertainment’s Aaron Eckhart CGI horror fantasy “I, Frankenstein,” which cost $65 million and opened to just over $8 million. They might have done better with a re-release of “Young Frankenstein.” Mel Brooks’ 1974 send-up of the monster tale is a comedy classic and was a box-office hit, too. The follow-up to “Blazing Saddles” brought in $86 million for Fox – on a budget of under $3 million.