Studio A24 is currently in talks to acquire North American rights to Sundance Midnight breakout “Talk to Me,” according to an individual with knowledge of the deal.

The deal for the Australian horror film is in the high seven figures. Bankside Films is currently brokering the deal on behalf of the filmmakers.

The film premiered in the Midnight Section and was a Sundance hot ticket. According to an insider, the film is truly a terrifying supernatural horror feature reminiscent of “Saw,” “Paranormal Activity,” and “Insidious” franchises. 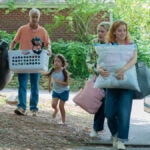 According to the Sundance film guide, the film’s official synopsis is as follows: Conjuring spirits has become the latest local party craze, and looking for a distraction on the anniversary of her mother’s death, teenage Mia (Sophie Wilde) is determined to get a piece of the otherworldly action. When her group of friends gathers for another unruly séance with the mysterious embalmed hand that promises a direct line to the spirits, they’re unprepared for the consequences of bending the rules through prolonged contact. As the boundary between worlds collapses and disturbing supernatural visions increasingly haunt Mia, she rushes to undo the horrific damage before it’s irreversible.

“Talk to Me” is directed by twin filmmaking duo Danny and Michael Philippou. The duo are popular Youtubers known as RackaRacka. The script was written by Danny Philippou and Bill Hinzman. 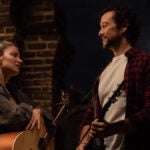 A24 is looking to give “Talk to Me” a wide theatrical release this summer. The independent distributor nabbed 18 Oscar nominations on Tuesday morning across all categories. A24’s “Everything Everywhere All at Once” lead the way and garnered 11 nominations, the most for any film this year. “The Whale” also from A24, garnered 3 nominations including Best Actor for headliner Brendan Fraiser.