Apple Original Films has acquired global rights to John Carney’s Sundance crowd pleaser “Flora and Son” for just under $20 million, according to an individual with knowledge of the deal.

Carney was previously at Sundance with films “Once” and “Sing Street.” His latest film centers on Flora (Hewson), a single young mother living in Dublin who is at war with her son, Max (Kinlan). Trying to find a hobby for Max, she rescues a guitar from a dumpster and befriends an online guitar teacher (Gordon-Levitt). The film features original songs from Carney and composer Gary Clark Jr. 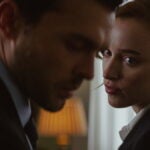 In his review of the film, The Wrap’s Nicholas Barber wrote: “It was a bold move of Carney to cast Bono’s daughter in a role that should probably have gone to someone with more experience of Flora’s straitened circumstances, but Hewson — who recently joked about being a “nepo baby” — has the winning balance of earthy ferocity and goofy vulnerability to make a terrific character her own. Her face set in a contemptuous glower, she has a ball with Carney’s spiky dialogue, whether she is exchanging bracingly filthy insults with her ex-husband Ian (Jack Reynor), or confessing to a friend that she can’t help but envy the parents of children who go missing.”

Last year, Apple picked up Sundance Audience Award winner “Cha Cha Real Smooth” for $15 million. The previous year, the streamer shelled out a record $25 million on “CODA,” which would become the first Sundance premiere film to win Best Picture at the Academy Awards.

“Flora and Son” is represented by Fifth Season, WME and FilmNation. 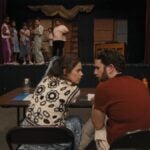