ABC News’ “20/20,” anchored by David Muir and Amy Robach, won the broadcast season as Friday’s No. 1 newsmagazine in “live” viewership across all key demos for the first time in five years, according to Nielsen Media Research ratings data.

Adding in a week of DVR viewing, however, “Dateline NBC” still comes out on top. Friday shows tend to get a more significant percentage of their viewership on a delayed basis than other weeknights do, though news programming — even magazine shows — have more of an urgency to view night-of than scripted fare. 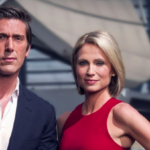 Also Read:
’20/20’ in a Pandemic: How ABC News Solved Its Remote Production (and Bathroom) Problems

The season, which capped Wednesday, drew a total of 3.141 million Live + Same Day viewers, on average, according to Nielsen. “Dateline,” by comparison, nabbed an average of 3.045 million. During the season, ABC News ran 27 telecasts and NBC News ran 23.

“As I look back on season 43 I am so proud of the stories we told and the critical reporting we brought to our audience each Friday night,” said Janice Johnston, who became the show’s executive producer in January. The season saw a Peabody-award nominated episode on Breonna Taylor’s killing by police and a breaking news special on the mass shooting in Atlanta earlier this year.

She went on, “Our resilient, resourceful team worked hard to produce new programs throughout the pandemic, while navigating remote production and the changes brought to their own lives. It’s an exciting time to be at the helm of ‘20/20’ and I’m looking forward to what’s next.”

It was a unique season, to be sure. Last December, senior executive producer David Sloan told TheWrap how 2020’s lockdowns were “a wake-up call” for his team, which worked to produce two-hour episodes remotely through much of the pandemic: “In order to stay on the air with original episodes, we knew we had to reinvent the way ’20/20’ collected material for its stories and news-gathered. We had to innovate ways to remote control a lot of our production, reporting, shooting and editing.”

When it came to finding those “innovate ways” to film, the team realized that having subjects figure out their own recording methods were not going to meet producers’ standards for “20/20,” which switched to the two-hour format in 2019 and maintained during lockdown.

Producer Marc Dorian explained at the time, “My colleague Jeff Schneider and I began brainstorming remote shooting ideas while we were all quarantined with one goal in mind: high-quality remote production without overwhelming the interview subject. We sent people iPhones and computer web cameras, but ultimately found that using a mirrorless Sony camera tethered to a laptop allowed us to get a higher quality shot with shallow depth of field and the exposure we wanted.”

It worked, leading the show to its first across-the-board win in five years.