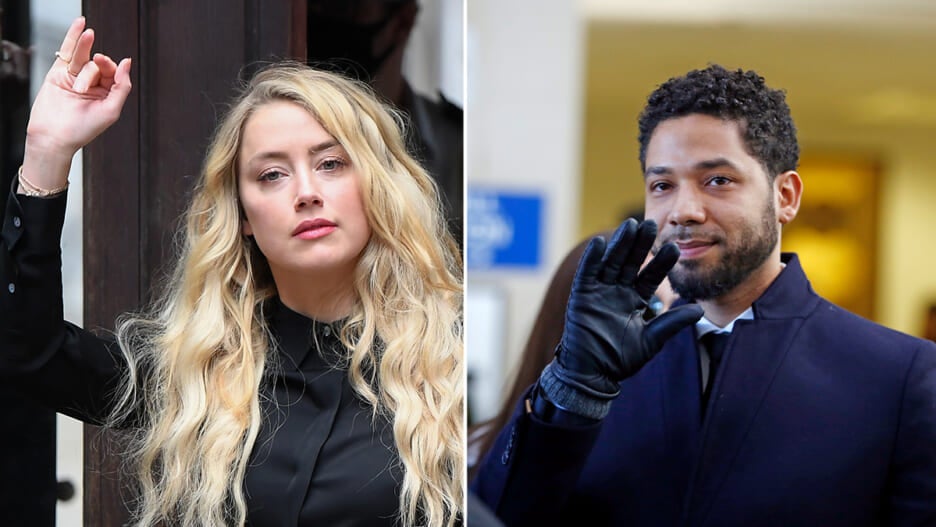 A stark warning to celebrities and all those looking for attention: Before proclaiming victimhood, you better have the facts on your side.

Two high-profile legal matters from the past year have driven home that point: the Amber Heard-Johnny Depp defamation trial and the lurid case of actor Jussie Smollett’s staged hate crime. At first glance, those two cases may seem as different as they can be — one involving a Black man in Chicago and the other a white woman in Los Angeles. But deeper examination reveals a common thread and potent lesson.

In both instances, young, ambitious actors tried co-opting current social movements to garner sympathy and advance their careers. In the end, both failed miserably when the truth prevailed and have been forced to pay a high price.

For Amber Heard, that price will be monetary as well as reputational. Although Depp’s ex-wife cloaked herself in the flag of domestic and sexual abuse, videotapes and audio recording presented in court painted a very different picture. The jury sided with Depp, awarding him $10.4 million in damages while Depp was ordered to pay Heard $2 million in compensatory damages on one of her three counterclaims of defamation. (She is appealing the verdict.) 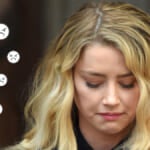 Also Read:
Amber Heard and Sympathy for the Devil: Does Feeling Bad for Her Make Me a Terrible Person?

Heard made a conscious decision to step onto the public stage as a victim of abuse. She claimed she was speaking the truth by revealing what happened to her, but in the end, the jury decided she mostly lied. Incredibly, the evidence that was presented in court showcased her not as the abused, but as the abuser.

Heard’s actions will negatively impact her acting career. But more importantly, they likely have caused lasting damage to the #MeToo movement itself, which is aimed at empowering and showing survivors of sexual abuse that they are not alone. Moving forward, how many women — or men — will hesitate to come forward and confront their abusers out of fear or being labeled a disingenuous or dishonest “Amber Heard?”

Jussie Smollett, the former “Empire” actor, attempted to elevate his own fame by wrapping himself in the flag of the Black Lives Matter movement. He initially received a short-term bump in the media as an outraged public clamored to show support for the previously little-known actor.

In the end, Smollett’s claims that two men attacked him, used racist slurs, put a noose around his neck, doused him with bleach and told him “This is MAGA country,” fell apart in court under close examination. He ended up with a five-month jail sentence and $145,000 fine after being convicted on five felony counts of lying to police. (He is appealing the verdict.) 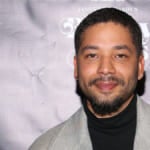 Also Read:
Jussie Smollett Tries to Move Past Legal Woes With Directing Debut ‘B-Boy Blues': ‘I Know How Blessed I Am’

Both Heard and Smollett willingly injected themselves into highly sensitive debates on social movements taking place in America. Both displayed a shocking sense of arrogance by believing they could tell false stories and get away with them. And both traded short-term publicity and attention for long-term reputation damage that has permanently branded them both as manipulative and dishonest.

Their cases should prove a warning to celebrities, social media influencers and would-be famous people everywhere: You cannot tell lies and hold yourself out as victims when the facts don’t back you up. For average people not living in the public eye, both cases are reminders to be very careful about what you make public, because as quickly as you became famous, you can even more rapidly become infamous.

Amber Heard and Jussie Smollett badly miscalculated their respective gambits. They have already paid steep prices and will continue to do so for some time in terms of both revenue and reputation. But the ultimate losers will be the social movements and legitimate victims of sexual or racist abuse who may decline to step forward for fear of being called liars.

The hubris of these young performers has clearly shown that truth still matters in America; and seeking fame at all costs is ultimately not worth the steep price.

Also Read:
Can Johnny Depp and Amber Heard’s Film Careers Bounce Back After the Verdict?
BIO Evan Nierman
Evan Nierman is CEO of crisis PR firm Red Banyan and author of “Crisis Averted: PR Strategies to Protect Your Reputation and the Bottom Line.”

Evan Nierman is CEO of crisis PR firm Red Banyan and author of “Crisis Averted: PR Strategies to Protect Your Reputation and the Bottom Line.”