At times, “American Dreamer” brings to mind “American Beauty,” even if we’re three recessions removed from an economy conducive to partying like it’s 1999.

Real estate and homeownership remain intrinsically tied to the American dream and, per the movies, so do improper relationships with much-younger women. Dr. Phil Loder (Peter Dinklage), an adjunct professor in cultural economics who makes $50K a year, doesn’t have the wherewithal to luxuriate in funemployment like the protagonist in “Beauty,” but that doesn’t make him any less noxious.

Phil consumes sandwiches dispensed by a break-room vending machine, yet he can’t satiate his obsession with million-dollar listings merely with reality TV on Bravo. He gatecrashes open houses for properties he can’t afford and is not above causing a scene. Realtor Dell (Matt Dillon) patiently humors him and still gets called names. Though Dell is an archetypical greedy bloodsucker (right out of the “American Beauty” playbook), he will emerge as the film’s least problematic character by the end. 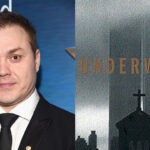 As luck would have it, the classified ads lining Phil’s condiments drawer include a listing seemingly too good to be true. A multimillion-dollar mansion can be acquired at a steep discount because it comes with a live-in: Astrid (Shirley MacLaine), a mysterious, wheelchair-bound woman presumably on the verge of death. After having Dell check out the place, Phil promptly depletes his retirement account and unloads prized possessions to help finance the quarter-million-in-cash purchase. But Astrid’s poor health is apparently just an act, and out of nowhere, her children start showing up and staking a claim to the property.

Screenwriter Theodore Melfi has supposedly drawn inspiration from a real-life anecdote heard on the “This American Life” podcast. But rather than adapting it, as he did with “Hidden Figures,” Melfi reverses the genders (the original story about a woman moving into an old man’s house) and throws every cliché he can think of against the wall to see if it sticks. For the most part, nothing does. 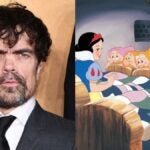 Also Read:
Peter Dinklage Calls Out Disney’s ‘Snow White and the Seven Dwarfs’ Remake: ‘What the F– Are You Doing?’

Just as an example, instead of authoring a book based on academic research, Phil is writing a thinly-disguised autobiographical novel that serves as a plot device with no apparent payoff. He daydreams about twin adult sisters showering him with attention. He also beds his student Clare (Michelle Mylett, “Letterkenny”). All the traits ascribed to him are basic and trite. Worse, Phil admits via voiceover that he is essentially a fraud benefitting from affirmative action, irresponsibly validating the harmful beliefs some hold.

In the spirit of diverse representation, Dinklage should certainly have the opportunity to have fun with unsavory characters. He holds the film together, no small feat given Melfi’s indiscriminate plotting. Still, there’s little Dinklage can do to transcend a bundle of banalities passing for characterization. There is no character development; the only thing that drives the plot forward is Phil’s misadventures in real estate. 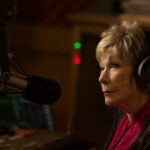 Also Read:
‘The Last Word’ Review: Shirley MacLaine’s Still Got It, in a Movie That Doesn’t

If you think Melfi’s depiction of a little person is bad, his underwritten treatments of women are infinitely worse. Clare’s sole purpose in the film is to serve as a temptress. She is over 30, but that doesn’t make it less gross for Phil to take advantage of her. Her explanation for throwing herself at him is ludicrous, and Melfi doesn’t even bother to tell us why Phil would be susceptible to her seduction. What’s even more absurd is Clare’s suddenly announcing they are breaking up, much to Phil’s (and our) surprise, after the two have barely shared a few drinks and a roll in the hay. We have hardly seen her, and Melfi already paints this grown woman as immature and delusional.

Clare is far from Phil’s only female problem. Maggie (Kim Quinn, “The Starling”), one of Astrid’s children, is an attorney specializing in estate law, who seeks to nullify the property sale by claiming Astrid has dementia. Though this pairing makes even less sense, Maggie and Phil also wind up in bed together. It’s only a matter of time before the matronly Astrid comes on to him as well. Dinklage can be an absolute charmer — although he’s certainly not in “Cyrano” mode here — but at one point, one begins to wonder if Melfi is capable of writing about a man and a woman without arbitrarily tossing them into a sexual situation.

MacLaine stands out with her larger-than-life presence. She’s not afraid to rip her wig off on camera. She doesn’t skip a beat, and it’s too bad she isn’t afforded the kind of showy roles nowadays that Anthony Hopkins and Maggie Smith continue to land. Astrid is a thankless part, but MacLaine imbues it with so much spirit that you wish you could find out a bit more about Astrid, who has seemingly lived a colorful life.

First-time director Paul Dektor, cinematographer Nicolas Bolduc (“Chuck”), and production designer Eric Fraser (“A Dog’s Journey”) don’t take full advantage of real estate porn’s potential or the picturesque locales around Victoria, British Columbia, rendering a made-for-TV look. Despite its flaws though, “American Dreamer” does seem like one of those grab-bags that algorithms might one day favor on a streaming platform.

“American Dreamer” makes its world premiere at the 2022 Tribeca Festival.