Peter Dinklage is not having Disney’s new live-action remake of “Snow White and the Seven Dwarfs.”

The actor, who currently stars in Joe Wright’s musical “Cyrano” and is best known for his role in “Game of Thrones,” was on Marc Maron’s WTF Podcast Monday (Dinklage’s comments start around 55:45), where he unloaded on the upcoming live-action remake, calling it “f—ing backwards.”

“Literally no offence to anyone,” Dinklage said to Maron, “but I was a little taken aback when they were very proud to cast a Latina actress as Snow White. You’re still telling the story of ‘Snow White and the Seven Dwarfs.’ Take a step back and look at what you’re doing there. It makes no sense to me.”

Dinklage is referring to the casting of Rachel Zegler, the “West Side Story” breakout who will star in the title role, opposite Gal Gadot as the Evil Queen. Marc Webb, director of “500 Days of Summer,” is helming the project, which features a script that was worked on by Greta Gerwig, with songs by the “La La Land” team of Benj Pasek and Justin Paul. 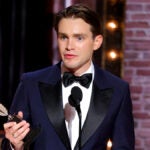 The actor continued: “You’re progressive in one way and you’re still making that f—ing backwards story about seven dwarfs living in a cave together, what the f— are you doing, man? Have I done nothing to advance the cause from my soapbox? I guess I’m not loud enough.”

It should be noted that the dwarfs in Disney’s “Snow White and the Seven Dwarfs” don’t actually live in a cave. They work in a cave, where they mine for jewels, but live in a cottage.

Not that Dinklage is totally opposed to the idea of a new version of “Snow White and the Seven Dwarfs.” “I think also, if you tell the story of ‘Snow White’ with the most f—ed up, progressive spin on it? Let’s do it. All in,” Dinklage said. “But, I just don’t know.”

Dinklage blames the new project on the fact that “people don’t take risks.” And he seems somewhat dejected by the lack of what Maron refers to as a “community movement,” which could enact some change. “I’m not affiliated with any groups or anything, but it’s such a minority that it causes like a ‘Well who the f— cares?’ You know? And that’s entertainment,” Dinklage said on the show.

“Snow White and the Seven Dwarfs” was released 85 years ago this month. It was the first feature-length animated movie and one that many still consider to be the company’s crown jewel. There will undoubtedly be more about the original movie and this new remake (which doesn’t have a confirmed release date) as part of this anniversary.