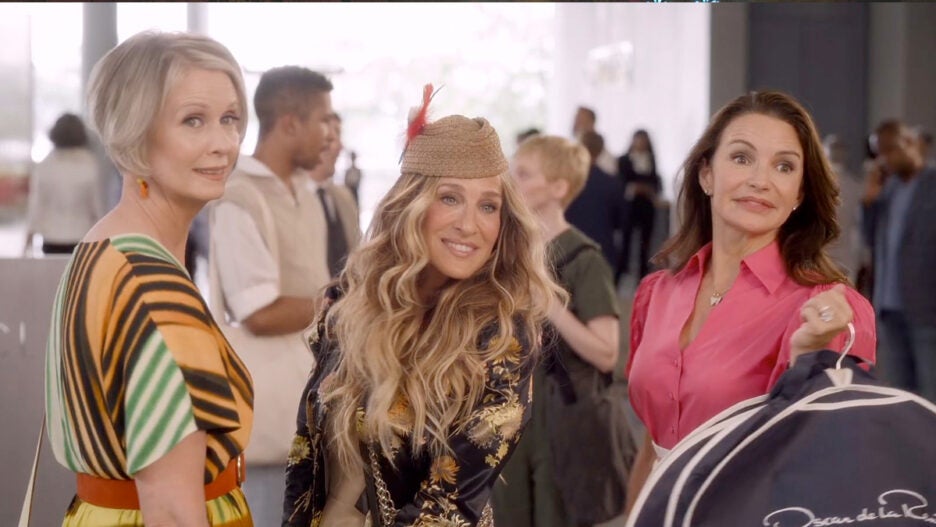 We rejoin Carrie, Charlotte and Miranda, three of the central foursome from the 2000s phenomenon “Sex and the City” back at brunch where they belong. But things have, necessarily, changed in the 17 years since their iconic show ended. New York City is coming out of a pandemic. All three women have to put on reading glasses — chic ones, of course — to look at the menu. Miranda stepped on a used condom in her teenage son’s bedroom that morning. And the table debate is whether Miranda should dye her gray hair before she returns to school for a masters’ degree in human rights. “Ruth Bader Ginsberg dyed her hair,” Charlotte argues.

Once the world’s most famous thirtysomething singletons, these women are now 55 years old and they are, in all the right ways, showing their age in HBO Max’s sequel series “And Just Like That…” They are also returning to what made the “Sex and the City” television series great — and the movie sequels decidedly less so: intimate stories of friendship and love grounded in real, complex and often difficult emotions that resonate even as the characters’ wardrobes and homes glitter beyond most mere mortals’ grasps.

This all comes as quite a relief. The two movies, particularly the indulgent self-caricature of the second one, made it easy to declare the “Sex and the City” franchise past its prime 10-plus years ago. (Time of death: the moment in 2010’s “Sex and the City 2” when Kim Cattrall’s character, Samantha, referred to a man as “Lawrence of my labia” while the women vacationed in Abu Dhabi.) This left the sequel series a lot of mess to clean up, and, in fact, made the prospect of a reboot quite the cultural high-wire act.

Also Read:
‘And Just Like That': Watch the Trailer for HBO Max’s ‘Sex and the City’ Sequel (Video)

First, there was the not-insignificant hurdle of Cattrall declining to return for the revival. Then there were the challenges inherent in revisiting a franchise about the sex lives of outrageously privileged, straight, white women in New York City amid a global pandemic, a national racial reckoning and a movement to expand gender beyond the binary.

To its credit, “And Just Like That…” races headlong into it all. The show dispatches Samantha to the U.K. after an apparent falling out when Carrie stopped using Samantha as her book publicist. Then it allows its three central characters, now well into middle age, to struggle with no longer being so hip to change.

The usually no-nonsense Miranda (Cynthia Nixon) is a babbling mess on the first day of grad school, trying so hard to be race- and gender-sensitive that she says everything she meant not to. Carrie (Sarah Jessica Parker) — who could, once upon a time, reasonably perceive herself as progressive just for being a woman who wrote a sex column — now giggles nervously when asked about her masturbation habits on the podcast she co-hosts with a self-identified “queer, nonbinary, Mexican-Irish diva” comedian named Che Diaz (Sara Ramirez). Charlotte (Kristin Davis), desperate not to look unenlightened, quizzes husband Harry (Evan Handler) on Black authors before attending a Black friend’s dinner party.

That’s not to say it’s all wrangling with wokeness. The first episode ends with a devastating development (too big to spoil here) that sends Carrie’s life in a new direction, causing her to lean even more on her friends and to revisit the parts of her past we know so well. This allows the show, even with its many updates, to do what it truly excelled at in its day: depicting flawed female characters as they grapple with the difficulties unique to their stage of life. 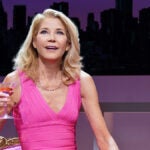 Also Read:
‘Is There Still Sex in the City?’ Off Broadway Review: Insufferable Candace Bushnell Goes in for the Shill

When we first watched, that was their 30s. Now, it’s their 50s. They’re deep into their marriages. Charlotte and Miranda are parenting; they’ve made some choices they might regret, and they also still have plenty of time to change. Here’s the source of the show’s greatest potential, an honest portrayal of the lives of 55-year-old women, a group we almost never see centered in TV and film.

Parker, Davis and Nixon slip seamlessly back into their roles and camaraderie, the sight of which will hit any fan with a jolt of warm nostalgia. (Did I tear up a bit at just seeing them together in the first scene? Reader, I did.) Ramirez, who always delivers, steals every scene she touches. And it’s great to see Karen Pittman, who has been laboring away on the painful “Morning Show,” as Miranda’s new law professor and friend, Dr. Nya Wallace, as well as Nicole Ari Parker as Charlotte’s glam mom friend Lisa Todd Wexley.

Showrunner Michael Patrick King delivers an appropriately more subdued tone in the writing compared with the series’ original run, with a startling lack of puns. (Because of my PTSD from “Sex and the City 2,” I feared “And Just Like That…” might consist of nothing but menopause puns.) Carrie gives us voiceover only at the end of each episode, with nary a “couldn’t help but wonder.” Many of the original show’s greatest moments came from the lives of its all-female writing staff, something no other show could boast at the time. This time, “And Just Like That…” has improved on that model, adding women of color to its team, who must get some serious credit: Rachna Fruchbom, Keli Goff and Samantha Irby, alongside original series writers Julie Rottenberg and Elisa Zuritsky.

Even without the puns or voiceover, superfans can rest assured that they’ll get plenty of OG callbacks. A “Hello, lover,” to a pair of shoes. Some glimpses of classic Carrie fashions. A good look at Carrie’s old apartment. And appearances from old favorites (and not-so-favorites) like Bitsy Von Muffling, Susan Sharon and Big’s ex, Natasha. But it’s telling that when Charlotte gasps upon seeing Natasha, “She’s wearing flats,” Miranda responds, “That’s the most desperate put-down I’ve ever heard.” Times have changed since the heights of “Sex and the City”-induced Manolo mania.

“And Just Like That…” can feel a bit overstuffed at times with all it’s trying to do. And on the basis of the first four episodes made available for review, it’s hard to tell so far if characters like Nya and Lisa will get their due. But the handles its return with grace and, unlike a lot of reboots, proves it’s worthy of a comeback, if only to show us that there’s life for women on television between “Euphoria” and “Grace and Frankie.” 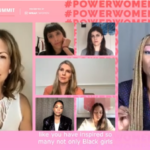 Also Read:
Angelica Ross on Why She Initially Turned Down a Role in ‘American Horror Story’ (Video)
BIO Jennifer Keishin Armstrong
Jennifer Keishin Armstrong is the author of "Sex and the City and Us: How Four Single Women Changed the Way We Think, Live, and Love," as well as "Seinfeldia," "When Women Invented Television" and "Mary and Lou and Rhoda and Ted."