Bassett, most famous for her role on the hit Fox series “9-1-1” as well Oscar and Emmy-nominated turns as Tina Turner in “What’s Love Got to Do with It” and her many roles in”American Horror Story”, she is the 38th recipient of this career achievement award. A titan of screen, stage and television, her other credits include “How Stella Got Her Groove Back”, “Waiting to Exhale”, “Malcolm X”, “Sunshine State”, “The Rosa Parks Story”, “Mission: Impossible – Fallout” and “Boyz N the Hood”, which was the first of several onscreen pairings with costar Laurence Fishburne. 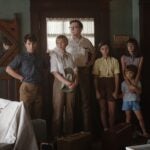 “Ms. Bassett has had an illustrious career as an actor, director and producer and in “Wakanda Forever” reminds us why she’s so greatly revered.  She’s regal, fierce and commanding as Queen Ramonda.  We bow down,” SBIFF’s Executive Director Roger Durling stated.

The 38th Santa Barbara International Film Festival will take place live from Feb. 8-18, 2023, with the Montecito Award being given out on Feb. 9. Tickets for the 2023 festival are on sale now at sbiff.org. 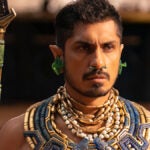