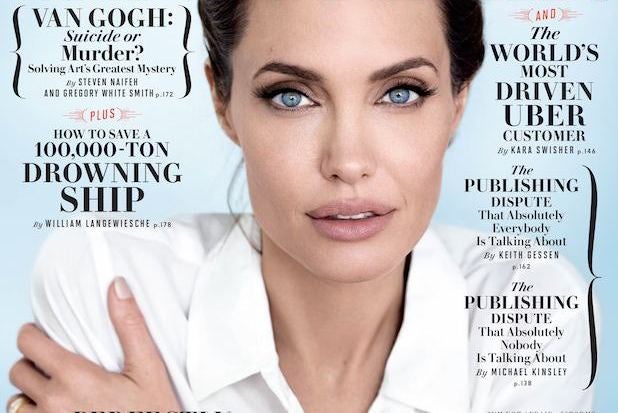 Will director, actress and activist Angelina Jolie become an elected official some day?

“I am open,” Jolie told Vanity Fair for the December issue cover story.

See photos: Angelina Jolie and Brad Pitt First Look in ‘By the Sea’

“When you work as a humanitarian, you are conscious that politics have to be considered. Because if you really want to make an extreme change, then you have a responsibility,” Jolie said. “But I honestly don’t know in what role I would be more useful — I am conscious of what I do for a living, and that [could] make it less possible.”

Jolie last appeared in theaters as Disney’s “Maleficent,” and audiences will see her work behind the camera when “Unbroken” hits the big screen in December.

The drama tells the incredible real-life story of Olympic runner and World War II hero Louis Zamperini, who she grew very close to, and was fortunate enough to show a cut of the film to before he passed away earlier this year.

“It was an extremely moving experience to watch someone watching their own life . . . someone so physically strong . . . and they are at the stage where their body is giving up,” Jolie said. “And yet we laughed together, and talked about his mom. And being a man of such faith, he talked about all the people he believed he would be seeing on the other side. And that it would bring him peace. After a life of fighting, he could rest.”

See Jolie on the cover of Vanity Fair below: