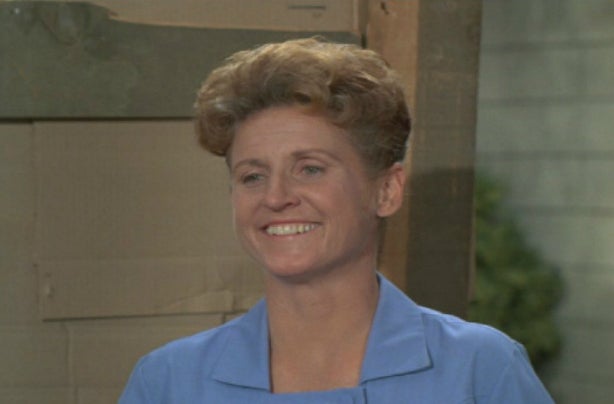 Ann B. Davis, who was best known for playing housekeeper Alice Nelson on the hit ABC series “The Brady Bunch” died Sunday in San Antonio, Texas.

Davis fell and hit her head in her bathroom on Saturday morning and suffered grave injuries. She was taken to a hospital where she died a day later, her agent Robert Malcolm told TheWrap.

As Alice, Davis played a warmhearted housekeeper to one of television’s  first blended families, the Bradys – comprised of two divorcees and their six children., in the 1970s.

Malcolm said he began working with Davis in 1992 and enjoyed having her as a client. “She was a really nice woman,” he said. “She was easy and she just didn’t make any waves.”

She studied at the University of Michigan in Ann Arbor, where she was a pre-med student but later changed her mind and decided to study drama. Davis graduated in 1948 with a degree in drama and speech.

She landed her role as Alice, the Brady family’s loveable housekeeper in 1969, and appeared on the hit television series during its entire five year run.

Before joining “The Brady Bunch,” Davis co-starred on “The Bob Cummings Show” in the 1950s, which earned her two Emmy Awards, according to her IMDB page.

In 1960, she received a star on the Hollywood Walk of Fame.

Davis lived with her close friend Bishop William Frey and his wife. She is survived by her twin sister Harriet. Ann B. Davis was 88.

Watch a clip of her on “The Brady Bunch” below: