Ann Sarnoff, chairman and CEO at WarnerMedia’s studios and networks, and Andy Forssell, HBO Max executive vice president and general manager, are both exiting their posts.

Sarnoff will be departing her current role effective at the closing of the proposed combination of Discovery, Inc. and WarnerMedia, forming the combined company, Warner Bros. Discovery, Inc.

Her role will not be duplicated in the new organizational structure of the combined company. The Discovery deal is expected to close as early as early next week.

“I want to thank Ann for all of her leadership during a transformational period for the company and our industry. She has been a passionate and committed steward of the world’s most formidable creative engine and has led with integrity, focus and hard work in bringing WarnerMedia’s businesses, brands and workforce closer together. There is a lot of exciting momentum at the company and I appreciate all of her counsel and partnership the last few months putting us in a position to succeed as we launch Warner Bros. Discovery. We all wish her great success in the future,” David Zaslav, future CEO at Warner Bros. Discovery, said in a statement.

The news follows the announcement from WarnerMedia CEO Jason Kilar on Tuesday that he too would be exiting the company upon the completion of the merger. Kilar also made a statement upon news of Sarnoff’s exit.

“Ann is a world-class executive and the definition of a selfless leader. It has been remarkable to watch Ann bring together formerly disparate creative teams, invest in those teams, resulting in creative excellence and business results unlike this company has seen before. Ann is a first-tier human being and I am honored to work with someone of her caliber,” Kilar said.

“I want to offer all of you my heartfelt thanks, not only for your many contributions to the company’s success, but also for everything you’ve done, large and small, to make my time here so special and rewarding,” Sarnoff also wrote in an internal note to staff. “I have truly loved being in this role. It has been an honor and a privilege to work with you, and I will be rooting for you all and for Warner Bros. Discovery to continue to reach great heights for many, many years to come!”

Sarnoff became the first female chair and CEO of a major studio when she joined Warner Bros. in 2019 and after taking the lead of WarnerMedia’s studios group has been responsible for guiding all of WarnerMedia’s entertainment-focused teams. Under her purview have been the Warner Bros. Pictures Group, HBO and HBO Max, the Warner Bros. Television Group, DC, Cartoon Network, Adult Swim, TCM, Cartoon Network Studios, WB Animation, TBS, TNT, truTV, Studio Operations, Wizarding World and Consumer Products and Experiences, as well as their attendant titles, brands and franchises. 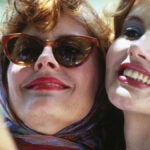 During her tenure at studios and networks, and in her prior role as chair and CEO of Warner Bros., Sarnoff was behind a total revenue of $35.6 billion for the year 2021.

Prior to joining Warner Bros., Sarnoff was president at BBC Studios Americas and was the architect and inaugural board chair of BritBox, the SVOD service for British television content in the U.S. Before the BBC, Sarnoff served as president of Dow Jones Ventures and SVP of Strategy, as COO for the WNBA, and as a senior executive at Viacom, for channels such as VH1 and Nickelodeon, where she helped create and launch new channels Noggin and TV Land and built Nick’s consumer products business into a multi-billion-dollar business at retail.

Forssell joined the HBO Max operating unit within WarnerMedia in 2019 reporting directly to Kilar, and he was responsible for its ad-supported rollout and its rollout in international markets beginning last summer. Prior to that he was the chief operating officer with Otter Media, which is another WarnerMedia brand.