Anthony Mackie, David Harbour and Tig Notaro will headline a new family adventure film set at Netflix called “We Have a Ghost.”

Christopher Landon, known for “Happy Death Day” and “Freaky,” will direct the film and adapt the screenplay based on a short story by Geoff Manaugh called “Ernest.” 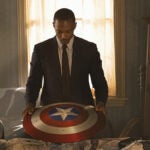 Also Read:
‘The Falcon and the Winter Soldier': Anthony Mackie ‘Felt Every Emotion’ the First Time He Suited Up as Captain America

“We Have a Ghost” is about a family that discovers they have a ghost named Ernest haunting their new home, which turns them into overnight social media sensations. But when Ernest and the family go rogue to investigate the mystery of the ghost’s past, they become targeted by the CIA.

Marty Bowen and Isaac Klausner are producing “We Have a Ghost” for Temple Hill, as is Dan Halsted. Landon will also executive produce with John Fischer, Geoff Manaugh, Korey Budd and Nathan Miller.

Beyond his new duties as Captain America, Mackie recently teamed with Netflix on the action thriller “Outside the Wire.” Harbour recently joined the MCU with “Black Widow” but will also be seen in the upcoming fourth season of Netflix’s “Stranger Things.” And Notaro made a splash in Zack Snyder’s zombie action movie “Army of the Dead,” which aired on the streamer earlier this summer. 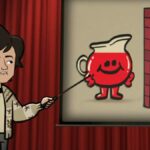