Antoine Fuqua, the man who directed such films as “The Equalizer,” “Shooter,” “The Magnificent Seven” and “Emancipation,” has been tapped by Lionsgate to helm their upcoming Michael Jackson biopic.

The film, entitled “Michael,” will be produced by Graham King (producer of the $911 million-grossing and Oscar-winning “Bohemian Rhapsody”) and penned by John Logan (“Gladiator,” “The Aviator,” and many other acclaimed, Oscar-friendly titles). King will co-produce the film alongside John Branca and John McClain, the co-executors of the Michael Jackson estate.

Lionsgate Motion Picture Group Chair Joe Drake said: “I am very excited that Lionsgate will be part of this epic film, and thrilled to be working with Graham, who has proven success in telling iconic life stories, from ‘”Bohemian Rhapsody” to “Ali;” when combined with John, we couldn’t be in more extraordinary hands.” 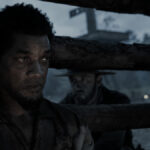 Added King: “I first met the Jackson family in 1981 and I’m humbled to bring their legacy to the big screen. Sitting at Dodger Stadium watching the Victory Tour, I could never have imagined that nearly 38 years later I would get the privilege to be a part of this film.”

Said Katherine Jackson, “Ever since Michael was little, as a member of The Jackson 5, he loved the magic of cinema. As a family, we are honored to have our life story come alive on the big screen.”

Jackson is one of the biggest-selling artist of all time, with an estimated sales of 400 million records around the globe. He counts 13 Billboard Hot 100 No. 1 singles, more than any other male artist in the Hot 100 era, and was the first artist to have a top-10 single on that chart in five different decades. 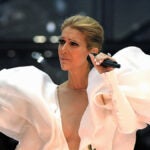 King has become something of an expert at producing awards-friendly, commercially successful true-life tales, with hands in films like “Argo,” “Ali” and a currently in-development Bee Gees biopic for Paramount.

Lionsgate hopes that “Michael” will join a slew of successful musically inclined biopics — think “Ray,” “Walk the Line,” and “Straight Outta Compton” — that flourished in pre-COVID times. Baz Luhrmann’s blockbuster “Elvis” ($285 million global on an $85 million budget) showed that the right real-life rock star could still qualify as a butts-in-seats marquee character. However, the recent Whitney Houston biopic “I Wanna Dance With Somebody” showed that it wasn’t a one-size-fits-all formula.

The film is being positioned as an in-depth portrayal of a complicated man who became the King of Pop, while bringing Jackson’s iconic performances to life. How complicated, specifically in regard to the allegations of sexual misconduct involving minors that followed him for the last 16 years of his life, remains to be seen. Jackson stood trial and was acquitted in at least one such circumstance in 2005.

Nonetheless, Fuqua’s work as a journeyman filmmaker who tends to make uncompromisingly raw and violent actioners makes him an interesting choice. If the film delivers for fans of the King of Pop, potential controversy about what is and isn’t left offscreen will be mostly confined to online media and social media discourse. 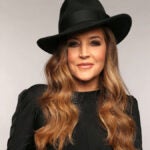