Netflix’s upcoming romantic dramedy series “Partner Track,” set at a Manhattan-based white-shoe law firm, has been described as “Sex and the City” meets “Suits,” but for star Arden Cho the series is unlike any other that she’s seen on television. That’s because the story centers on a first-generation Korean American merger and acquisitions lawyer, Ingrid Yun (Cho), as she navigates everything from forbidden romance to microaggressions at the male-dominated company — something Cho said is hard to come by in shows about single 20-something women in New York City.

“Ingrid just sticks out to begin with,” Cho told TheWrap. “She is an Asian American woman, and there is some diversity at the firm but it’s very clearly noted. You’ve just got, ‘Oh, we’ve got a couple of people of color. Let’s stick them together, and that’s your diversity,‘ which is something we see happening in the world. We’re sort of sprinkled in here and there, but I love that with ‘Partner Track,’ we just dive in and we get to tell our stories — our complex stories from our point of view — and it’s something that I’m so excited that the world finally sees the need for.” 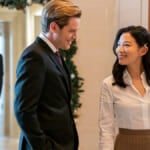 Developed by Georgia Lee and based on Helen Wan’s novel of the same name, “Partner Track” follows Ingrid, the first lawyer in her family, as she experiences the trials and tribulations of excelling at the prestigious firm, Parsons Valentine, where she is determined to make partner.

With the support of her friends, she battles through workplace challenges to break through the glass ceiling, all the while balancing familial responsibilities and competing love interests.

“There’s so much in ‘Partner Track’ — there’s a little bit of something for everyone,” Cho said. “This world of, obviously, Ingrid trying to become partner in a very cutthroat, M&A, male-dominated world, but she’s still the girl and there’s still friendship, romance, drama, family issues. There’s still all this other real life stuff that’s happening while she is lawyering.” 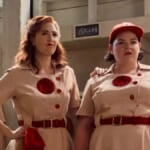 Also Read:
‘A League of Their Own’ Stars D’Arcy Carden and Melanie Field on Filming That Emotional Finale: ‘We Were Really Inconsolable’

What stands out for Cho is the show’s focus on an Asian American woman, touching on both issues of sexism and racism in the workplace.

“A lot of these stories we’ve seen have been told from a perspective that only touches on sexist issues or something different, and I think for Ingrid and her friends and these characters, we really touch on so many different issues in our patriarchal society or in this world of Parsons Valentine,” Cho explained. “We get a little bit of the racism, the sexism, the microaggressions — really just the buffet of it all. And so, watching Ingrid navigate through all of this with her friends and make these choices, mistakes and wins is really fun and a journey.” 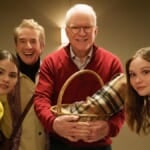 Also Read:
‘Only Murders’ Season 2 Killer Speaks Out on That Finale Reveal and Their Motive
x