For a decade now, Aubrey Plaza has been the star of several of the buzziest movies to premiere at the Sundance Film Festival. Her streak started with 2012’s “Safety Not Guaranteed” and continued every couple years with 2014’s “Life After Beth,” 2017’s “Ingrid Goes West,” and 2020’s “Black Bear.”

Plaza is back at the virtual 2022 fest with “Emily the Criminal,” a debut feature film from writer-director John Patton Ford. For Plaza, who has explored troubled characters before, such as in “Ingrid Goes West,” the film marks a bold step into the thriller realm. She spoke about that along with her director, joined by the film’s co-stars Megalyn Echikunwoke and Theo Rossi, for a conversation in TheWrap’s Sundance studio. 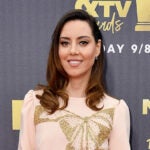 Ford touched upon the plot of the film. “It’s about a young woman who has a lot of student debt, who decides to become a criminal to pay her student loans,” he said. “Or at least that’s how it begins. Then it escalates and then it goes further. Beneath that, it’s a coming of age story about someone figuring out what they would like to do and following it.”

After seven seasons on “Parks and Recreation,” Plaza is often associated with comedies, but Ford stated that “Emily the Criminal” is not in that genre. “Maybe it has a few moments of levity,” he said, “but it’s a thriller.”

Plaza elaborated on the character she plays, a Newark, New Jersey-bred woman who tumbles into the underworld of credit card scamming.

“Along with Liz, played by Megalyn, our characters find ourselves in Los Angeles. (Emily) is an aspiring artist but (she’s) saddled with debt and struggling because (she) has this criminal record that is preventing me from getting hired. (She’s) trying to navigate her way through Los Angeles, which can be very hard when you’re new and you’re struggling. (She) gets in over her head in this petty crime world. It snowballs and she kind of finds that she has a knack for crime,” Plaza said. 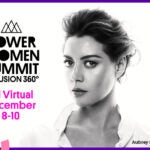 The actress added that she doesn’t look for comic potential when deciding to do a film.

“I don’t really think about things in that way,” she said. “I just want to be in movies that I hope are good. I read the script (of “Emily the Criminal”) and the script was awesome. I loved the character. I’m always looking to play different characters. That’s how I approach it. I don’t think about it comedy-wise or drama-wise or anything. It’s more about the character and the story. It was a no-brainer for me when I read it.”