Those choosing to see “Avatar: The Way of Water” in Imax this weekend are getting a special treat. Along with the usual assortment of big-deal trailers, the preshow reel includes two exclusive attachments. Not only is there an Imax-only cut of the newest “Oppenheimer” trailer, but audiences will be treated to a behind-the-scenes featurette for “Mission: Impossible – Dead Reckoning Part I” and a Michael B. Jordan-narrated featurette for “Creed III.”

The trailer for Chris Nolan’s historical drama about J Robert Oppenheimer (played by Cillian Murphy) — who was instrumental in the Manhattan Project which led to the creation of the atomic bomb — mostly focuses on the title character as he’s introduced as a rebel who still promises a solution to the Second World War.

The conflict is not moral but rather that a mistake in engineering could essentially blow up the entire world. It’s a pretty conventional trailer save for that it’s seemingly composed entirely of “shot with Imax” scenes, and of the supporting cast only Matt Damon’s rugged soldier gets much facetime. “We all know what happened next,” bemoans Robert Downey Jr. in the final moments. 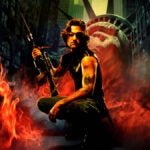 Also Read:
New ‘Escape From New York’ Will Be a Continuation of John Carpenter Original, Not a Remake

The other promised Imax-exclusive treat was a behind-the-scenes featurette detailing Tom Cruise riding a motorcycle off a cliff. Cruise told “Empire” that the stunt was the most dangerous thing he had ever done. The teaser was exactly as promised, a behind-the-scenes look at Cruise and friends preparing for, practicing and executing the death-defying stunt. He did it more than once and, spoiler, he survived.

Audiences also got/will get an Imax-specific featurette for “Creed III.” Narrated by its director and star, the extended trailer features Michael B. Jordan noting that its the first sports film shot for Imax, and hoping Adonis’ journey will leave audiences more inspired than before. The footage looked spectacular and detailed, with an emphasis on the notion that this is an Adonis Creed movie as opposed to even remotely a “Rocky” sequel.

It’s the dream of every franchise spin-off for the spun-off character to become a marquee character unto him or herself. 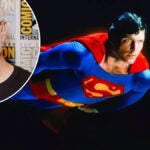 That was the overwhelming narrative for the entire (lengthy) trailer reel. Even while every trailer save for “Oppenheimer” was a franchise sequel, the pitches were rooted in marquee characters and emotional arcs rather than abstract IP and/or franchise interest.

Trailers for the latest sequels of “Spider-Man,” “Guardians of the Galaxy,” “John Wick” and “Ant-Man and the Wasp” were also featured.

The “Spider-Man: Across the Spider-Verse” trailer has little web-slinging or multiverse fantasy, instead focusing on a heart-to-heart between Miles Morales and his mother. It’s a sign Sony understands why its predecessor broke out. It’s not the abstract notion of a Spider-Man toon set within a multiverse, but rather the specific emotional journey of Miles and his friends/family. The “John Wick: Chapter 4” trailer was almost entirely about the emotional arc of Keanu Reeves’ tormented hitman with the gun-fu almost becoming an afterthought. 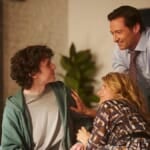 Likewise, the “Guardians of the Galaxy Vol. 3” trailer offered tear-jerking peril and possibly unhappy endings for some of the super heroic ensemble. It’s not “just another Marvel movie,” but rather a third installment in a well-liked franchise populated by marquee characters you know and love. Likewise, the only reason anyone will show up for “Dial of Destiny” is for the marquee value of Harrison Ford *as* Henry Jones Jr.

“Ant-Man and the Wasp: Quantumania” still looks more generic than it should, but the movie will be the movie. Besides, they were all in advance of a likely blockbuster franchise sequel that is, comparatively speaking, more rooted in abstract franchise appeal and the promise of never-before-seen cinematic spectacle as opposed to hardcore viewer fandom in the fates of Jake Sully and Neytiri. Exception to the rule?

Also Read:
New ‘Escape From New York’ Will Be a Continuation of John Carpenter Original, Not a Remake
x