Thus begins the final rush of pre-release marketing and promotion for “Avatar: The Way of Water.” Tickets went on sale in North America at all major theater chains and alongside the announcement of the global premiere dates (December 6 in London, Dec. 9 in Seoul, Dec. 10 in Tokyo and Dec. 12 in Los Angeles). Moreover, as promised, Walt Disney dropped a third and final trailer for the 3-D epic.

This preview offers a deluge of gorgeous Pandora-specific visuals and implicit promises that it won’t just be a rehash of the 2009 mega-hit, either in terms of visuals or narrative. The second preview, released weeks ago timed to the theatrical debut of “Black Panther: Wakanda Forever,” arguably made the sale in terms of convincing those at least casually interested in booking a return trip to Pandora. This trailer is pitched and targeted at regular moviegoers, or specifically the kind of irregular moviegoer that might not know, or need to be reminded, that there’s a new “Avatar” sequel arriving in theaters. 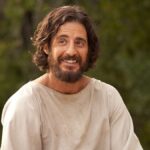 Also Read:
How ‘The Chosen’ Became the Latest Heavenly Hit for Fathom Events and Angel Studios

More so than even the final trailers for each respective “Star Wars” sequel, which each debuted during a primetime sporting event in October of 2015, 2017 and 2019 respectively, this final “Way of Water” trailer debut is targeted marketing for those who don’t regularly go to the movies and/or aren’t likely to scope out the newest teaser trailer online.

After all, in 2015 those who missed that football game trailer launch might have caught the preview for “The Force Awakens” playing before the blockbuster likes of “Spectre” and “The Hunger Games: Mockingjay part II.” Those seeing “Thor: Ragnarok,” “Justice League,” “Wonder” or “Coco” in a theater in November of 2017 might have sampled that second, Rey/Kylo-centric trailer for “The Last Jedi.” Ditto in late 2019 with audiences seeing the final “Rise of Skywalker” trailer before showings of “Terminator: Dark Fate,” “Knives Out” and “Frozen II” in November of that year. 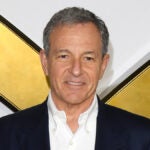 But in 2022, with little expected to break out between “Black Panther: Wakanda Forever” two weeks ago and “Avatar: The Way of Water” on Dec. 16, it’s even more important that the casually curious get the proverbial memo. So if audiences haven’t seen or won’t be seeing “Wakanda Forever” in a theater, well, it’s not like they are racing out to see “She Said” or (comparatively speaking) “Strange World” or “The Menu.”

After all, when it comes to mega-budget franchises, the difference between a hit and a flop is usually about convincing general audiences, not the hardcore fandom, to show up in theaters. The audience that knows and cares about who directs a given Marvel movie or who did or didn’t end up directing “Solo: A Star Wars Story” or “Justice League” isn’t the audience that determines success or failure. 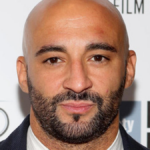 Those who already bought their tickets today don’t need to be sold. This trailer is a blaring red siren that another “Avatar” is about to open pitched at those who maybe haven’t been to a movie theater since “Top Gun: Maverick.” It’s a marketing pitch aimed at those who saw the first Sam Worthington/Zoe Saldaña action fantasy sometime in the last 13 years, liked it well enough to have at least vaguely fond memories of the experience, and need a polite reminder that there’s a return trip on tap in a few weeks.

Those who still watch linear, commercial television should expect to be saturated with television spots, to say nothing of online ads, as Disney and 20th Century Studios makes a final push to hype up the sequel to what remains the biggest-grossing movie ($2.9 billion including reissues) of all time. Those spots, like this trailer, are aimed at those who haven’t seen anything about an “Avatar” sequel since, at best, the teaser that dropped in theaters this past May.

The fans are already convinced. The next three weeks will be about hyping up the rest of the world. 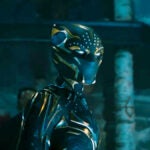