If one filmmaker gets her way, the Trump-era private border wall fiasco could be getting a documentary treatment in the vein of Netflix’s “Fyre.”

Dr. Mariana Dahan traveled to El Paso, Texas, in February 2020, to interview Brian Kolfage, the triple amputee who worked with Steve Bannon to solicit $25 million in donations to erect a private wall along the United States’ southern border. At the time, the former World Bank executive didn’t expect her subject to become the subject of a federal investigation — but he did, just a few months later.

“We expected to just interview Brian, hear his side of the story, and use it in a documentary we were making about refugees,” Dahan told TheWrap. “Over several days, we toured the barrier, interviewed all the parties involved in-depth and witnessed a lot that surprised us. The footage took on new life following the indictments over this initiative.” 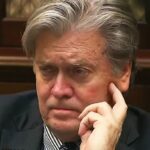 Titled “Shadows in the Dark,” Dahan said the project has received interest form several media personalities, though she’s looking for partners who would not only help broadcast the clips but also help produce the doc.

She is advancing the film through her nonprofit, the World Identity Network, and wants it produced as an independent documentary. Before starting the organization, she founded the World Bank’s ID4D program, a multibillion dollar initiative researching the statelessness epidemic. Now, Dahan believes filmmaking is a more powerful storytelling strategy than the lengthy reports being produced in the confined circles in Washington, DC.

A New York grand jury last year charged Kolfage, Bannon and two other associates with defrauding donors to “We Build the Wall,” the organization that raised the $25 million through a GoFundMe campaign. Although Bannon received a presidential pardon for his role in the incident, Kolfage did not.

“What we actually have now is two documentaries,” the filmmaker said. “We have a documentary on the refugee crisis that focuses on identity documents and biometric ID data, and another on the ‘We Build the Wall’ saga.”

According to Dahan, Kolfage was captured on film having an hourlong conversation with Mexican immigration officials, which was the first time the two parties ever spoke. In a now-deleted Instagram post verified by TheWrap, Kolfage confirmed the encounter. Dahan also said that Kolfage and his colleagues tried to suggest for the cameras that migrants were being smuggled across the border by drug coyotes as American children went to school.

“We debunk a lot of this disinformation while showing the people who are affected firsthand by these xenophobic policies,” Dahan continued. 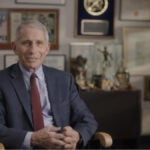 Kolfage and Bannon have a history of recorded “We Build the Wall” comments coming back to bite them. They joked about defrauding donors before their arrests for allegedly defrauding donors. During a 2019 “Wall-a-Thon” fundraiser, Bannon said, “We’re off the coast of St. Tropez in southern France in the Mediterranean. We’re on the million-dollar yacht of Brian Kolfage. Brian Kolfage, he took all that money from Build the Wall…” He walked back the joke, of course, revealing the duo was actually in New Mexico.

“These are stories that the American public needs to hear, see with their own eyes to form an opinion about what’s going on,” Dahan said.