“There is a lot of hurt and sadness that we still have to deal with,” Faran Tahir, an actor whose credits include “Iron Man” and 2009’s “Star Trek,” told TheWrap while speaking about the two most popular GOP presidential candidates. “It really gives you pause.”

Others say that while they were taken aback by the aspiring politician’s comments, they were anything but surprised.

“It’s unfortunate,” veteran screenwriter Kamran Pasha told TheWrap. “I often joke that everyone in Hollywood is liberal until they meet me.”

Also Read: Ben Carson Says No Muslim Should Be President of US (Video)

The latest anti-Islamic rhetoric in the public sphere comes at at time when the entertainment industry seems to have turned a corner when it comes to portraying Muslims on film and TV. On Sunday, actress Regina King won her first Emmy for her sympathetic portrayal of a Muslim woman in ABC’s “American Crime.”

Just hours before, Carson, a retired neurosurgeon who has surged in the polls lately, told NBC News that he objected to any Muslim becoming president of the U.S., saying that Islam is not “consistent with the Constitution.”

And last week, Donald Trump drew drew fire for deflecting rather than correcting a question from a rally supporter who called President Obama a Muslim and asked how Trump will get Muslims out of America.

Adding insult to injury, neither Carson or Trump have taken a hit in the polls following their remarks. In fact, Carson has seen his campaign coffers overflow with donations.

“When people like Carson and Trump say this kind of stuff and get financial support because of it, it does make you question your ability to go on,” Tahir said. “I won’t lie about that.”

The proliferation of similar anti-Muslim attitudes like Carson’s, some say, could end up having long-lasting ramifications even in a supposedly liberal place like Hollywood, especially impacting young Muslim actors trying to break into the industry.

“It’s a very tough business as it is,” Tahir said. “But when you hear that stuff, it creates that very strange paranoia which is not helpful to them.”

To be fair, not everyone in Hollywood has remained silent. Last week, Howard Gordon, who co-created “Homeland,” tweeted: “American Muslims play a vital, enriching, positive role in our great nation. There’s no place for bigotry in politics.”

American Muslims play a vital, enriching, positive role in our great nation. There's no place for bigotry in politics. #EPluribusUnum

The Muslim Public Affairs Council’s Hollywood Bureau, which serves as a bridge between the Muslim community and the entertainment industry, said it had received about a dozen phone calls and emails this week from industry insiders offering their support.

“People are concerned about where our country is going,” MPAC president Salam Al Marayati told TheWrap. “We’re very pleased to see that Hollywood wants to see our democracy preserved.” 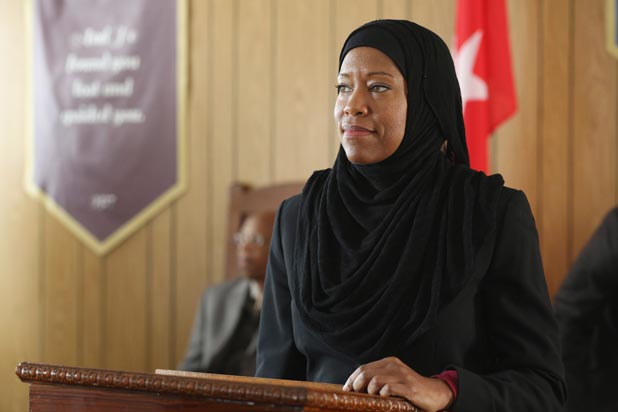 Of course, Hollywood has had a long history portraying Muslims in a negative light.

The 1920s saw “The Sheik” and “The Son of the Sheik,” starring Rudolph Valentino, both depicting Arabs as thieves, charlatans and murderers.

Those themes played out in 1977’s “Black Sunday” about a Palestinian woman’s plot to bomb a stadium during the Super Bowl.

Two years later, “The Black Stallion” featured Arabs mistreating a horse aboard a ship, then attacking a boy with a knife and stealing his life jacket.

Fox’s “24,” which aired from 2001 to 2010, was often critiqued for stereotyping Muslims as terrorists. More recently, the representation of Muslims on Showtime’s “Homeland” prompted UK’s The Guardian to ask, “‘Homeland’ is brilliant drama. But does it present a crude image of Muslims?”

While many agree that attitudes towards Muslims in the entertainment industry are improving, bigotry still exists.

Both Tahir and Pasha say they’ve lost several jobs after a director or producer found out they were Muslim.

“It’s safe to make Islam the enemy,” said Pasha. “I’m not surprised that many in Hollywood remained silent on that.”