At times during the testimony of Ben Silverman at the Disney-Celador trial on Thursday, it was hard to tell which side he was testifying for.

Silverman struggled to remember details of the very deal he got rolling as a William Morris agent working in London as he took the stand at the federal court in Riverside. But he recalled one bit with perfect clarity: His agency made nearly $4 million on the package deal to bring "Millionaire" to the U.S.

First filed in 2004, the lawsuit alleges that Disney and its TV partners bilked Celador, creators of "Who Wants to Be a Millionaire?," out of millions in revenue through sweetheart deals and side agreements. Disney says Celador should've known what it was getting into, and is now just making a cynical play for a payout it doesn't deserve. 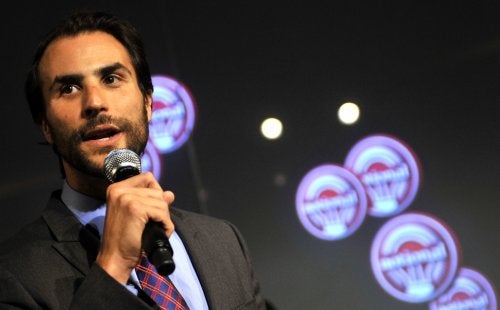 In forcing Silverman to reveal that his agency took a handsome payout — $1.8 million in commission, plus another $2 million in merchandising – Celador was able to illustrate for the jury how in Hollywood, winners and losers on the bottom line are rarely determined on merits.

Celador also alleges that WMA was tainted in seemingly representing ABC's interests at the same time as it was representing the U.K. company.

But Silverman also offered the defense an opportunity to enlighten the jury about the negotiations that brought “Millionaire” to the U.S., stressing that Celador – who Disney submits had plenty of opportunities to haggle over the deal – didn’t understand the true costs of making television in America.

Their hope: that he would help them reveal a greedy and disingenuous nature of the London-based company’s lawsuit.

But the former agent and TV executive did himself no favors; the perplexed and detail-challenged Silverman had to be reminded by the attorneys to give verbal answers to questions (and that he was contradicting himself and documents he had either seen or signed while at WMA).

Under questioning by a Celador lawyer, Silverman acknowledged the $1.8 million commission payout from the “Millionaire” package deal, as opposed to the approximately $300,000 the agency would have made in a standard 10 percent client fee. And WMA made over $2 million in merchandising while Celador received nothing from that piece of the pie.

Silverman seemed to shrink on the stand as more and more specific questions were asked from both sides about what he and WMA knew about how the “Millionaire” pie was to be sliced up for both Celador and Disney.

Initially, when he did recall or remember, the self-described former “sourcer and seller” responded to many questions and documents from lead Celador attorney Roman Silberfeld with little more than short clipped answers of a “Yes,” “No,” “Exactly” and “He did.”

Under far friendlier questioning later from Disney lawyer Marty Katz, a noticeably more relaxed Silverman asserted in a series of “Yes” “Correct and “I believe so” that he and fellow WMA agent Greg Lipstone’s roles were as enthusiastic “sellers” of “Millionaire” to ABC, specifically then Alternative Programming head Michael Davies, who is expected to testify via video next week.