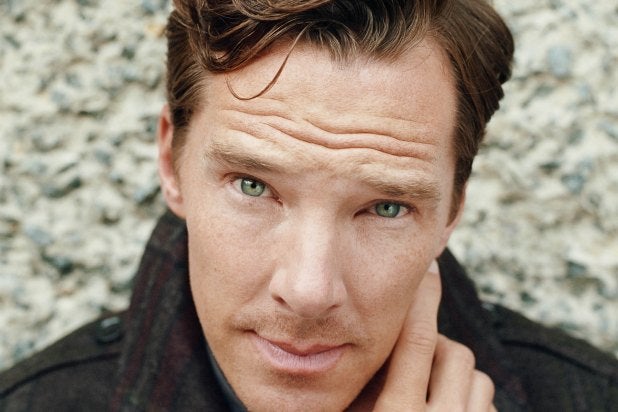 Benedict Cumberbatch took on bullies of all kinds in a new interview, where he opened up about sexuality in Hollywood, human behavior and anti-gay religious extremists.

“People are being beheaded in countries right now because of their beliefs or sexual orientations,” Cumberbatch told Out magazine. “It’s terrifying. It’s medieval — a beheading! I’d take up arms against someone who was telling me I had to believe in what they believed or they would kill me. I would fight them. I would fight them to the death.

“I believe, the older you get, you have to have an idea of what’s right or wrong. You can’t have unilateral tolerance. You have to have a point where you go, ‘Well, religious fundamentalism is wrong,'” he went on to say.

The controversial topic was hit on in while discussing upcoming film “The Imitation Game,” in which the British actor plays gay mathematician Alan Turing, who broke the Enigma code used by the Nazis during World War II. The hero was later prosecuted for being a homosexual, a criminal offense in 1950s England. He died after receiving court-ordered castration treatments instead of serving jail time and was later pardoned by the Queen in 2013.

“It’s an insult for anybody of authority or standing to sign off on him [Turing] with their approval and say, ‘Oh, he’s forgiven,'” Cumberbatch explained. “The only person who should be [doing the] forgiving is Turing, and he can’t because we killed him. And it makes me really angry. It makes me very angry.”

See photo: Benedict Cumberbatch Wears a Fur on a Horse as Richard III on ‘The Hollow Crown’

Along with discussing the violent lengths he would resort to in response to religious extremism and the  torturous treatment gays face from governments around the world, Cumberbatch talked about his feelings on present day actors being openly gay, saying: “I think if you’re going to sell yourself as a leading man in Hollywood to say ‘I’m gay,’ sadly, is still a huge obstacle.

“We all know actors who are [gay] who don’t want to talk about it or bring it up, or who deny it,” Cumberbatch continued. “I don’t really know what they do to deal with it. Human rights movements and sexual and gay rights movements have made huge social progress in the last 40 years, without a doubt, but there’s a lot more work to be done.”

Cumberbatch and the cast of “The Imitation Game” also sat down with TheWrap‘s CEO and editor in chief Sharon Waxman at the Toronto International Film Festival in September, where the actor explained why the movie that deals so much about sexuality shows no sex in the film.

“The conversations are so naked in themselves that the idea of having to see two naked men wasn’t something I ever thought was missing in the script,” Cumberbatch said.

“The Imitation Game” is due out in theaters nationwide on Friday, Nov. 21.