On her new long-awaited new album “Renaissance,” Beyoncé draws from several decades of dance culture in a smart, sexy way that (mostly) has critics calling for a round of applause.

Most critics echo disco-club icon Grace Jones, who declares in a guest vocal on the club track “Move” that Bey is the “Queen of Culture.” But at least one critic found the album to be “more style than substance.”

“Renaissance” currently has a 93 score on Metacritic, with critics not seeming to agree whether track 12, titled “Thique,” is a “misfire” or a “standout.”

Here’s a roundup of reviews: 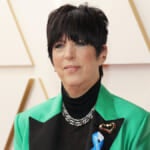 New York Times, Wesley Morris: “America Has a Problem and Beyoncé Ain’t It”

“Beyoncé sounds like she’s experiencing something personally new and privately glorious: unmitigated ecstasy. It takes different forms: bliss, obviously; but a sexy sternness, too. The exercise of control is as entertaining on this album as the exorcism of stress…. As expensive, production-wise, as ‘Renaissance’ sounds (one song credits two dozen writers, including samples and interpolations), Beyoncé’s singing here transcends any price tag. The range of her voice nears the galactic; the imagination powering it qualifies as cinema. She coos, she growls, she snarls, she doubles and triples herself.”

Entertainment Weekly, Maura Johnston: “A Master Class in the Evolution of Dance Music”

“The catalog of touchstones, samples and cameos on ‘Renaissance’ could double as a syllabus for a master class on the evolution of dance music as it has unfolded during Beyoncé’s lifetime — and in this era of easily accessible YouTube clips and streaming discographies, it should.”

“As far as seventh albums go, this one feels like as big a swing as ‘Born in the U.S.A.’ or ‘Ray of Light’ or ‘Goodbye Yellow Brick Road’ … But not even the most devoted member of the Beyhive could’ve predicted how thoroughly the 40-year-old superstar would follow through on her promise with the wild and ravishing ‘Renaissance,’ which came out Friday and immediately reshaped the conversation about 2022’s most important music…. ‘Renaissance’ is miles ahead of the competition.” 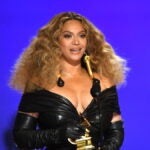 “The 28-time Grammy winner may be the only sovereign of pop to have truly evolved artistically while also expanding an enormous commercial empire…. Not everything is as rewarding on ‘Renaissance,’ though. ‘Thique’ is not exactly a misfire…. But for the woman who coined the actual Webster’s term ‘bootylicious’ some 20 years ago, ‘Thique,’ with its would-be salacious references to ‘that jelly, baby,’ ‘that candy-girl piñata,’ and ‘that oochie coochie la la’ come off a tad trite, as if Beyoncé absentmindedly consulted some instant IG caption generator.”

NME, Kyann-Sian Williams: “A Celebration of Love and Black Joy”

“There is little Beyoncé has to prove to anyone 25 years down the line, but the start of this ‘three act project’ proves that she’s still able to push herself and delve into new sonics, styles and ethos. On ‘Renaissance’, she’s added another remarkable record to her repertoire, this time one to continue leading the charge to bring Black culture back to the forefront of house and dance scenes. ‘Renaissance’ does precisely what it says on the tin; the revival of Black classics, and she makes sure a lot of love goes into that.”

“As our biggest pop stars increasingly turn to dance music for inspiration, Beyoncé focused her famous work ethic on the nuances of club culture for a challenging, densely-referenced album that runs circles around her similarly minded, Billboard-charting peers. For nearly a decade she has made pop music on her own terms, uninterested in the dusty edicts of the music industry and pointed about her intended audience; now pop fans bend to Beyoncé, not the other way around.” 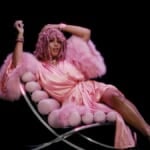 Also Read:
Kelis Calls Out Beyoncé and Pharrell Williams for Not Clearing Song Sample With Her

Slant Magazine, Charles Lyons-Burt: “A Disco-Trap Journey Where Past and Future Collide”

“‘Renaissance’ feels both vitally current and elegantly classicist. ‘America Has a Problem’ is a bait-and-switch about sexual satisfaction powered by a hyperactive hi-hat. The latter track is one of ‘Renaissance’s weaker moments, a rework of the cheeky 1990 Kilo Ali cautionary tale ‘Cocaine (America Has a Problem)’ that simply doesn’t match Beyoncé’s finest moments as a rapper—already something like her fifth most significant skillset. And for proof, look no further than album standout “Thique.'”

“While Renaissance never collapses into overt posturing, the album’s chief function, ultimately, is to highlight Beyoncé’s contemporaneity… As with many parties, however, particularly high-fashion or corporate galas, the gathering is rarely without a hierarchical motive, i.e., to advance the host’s reputation. ‘Renaissance’ succeeds as a post-COVID soiree and massive PR campaign, though one can’t help but note that the album occasionally sports more style than substance.” 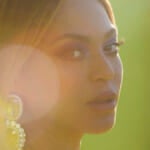