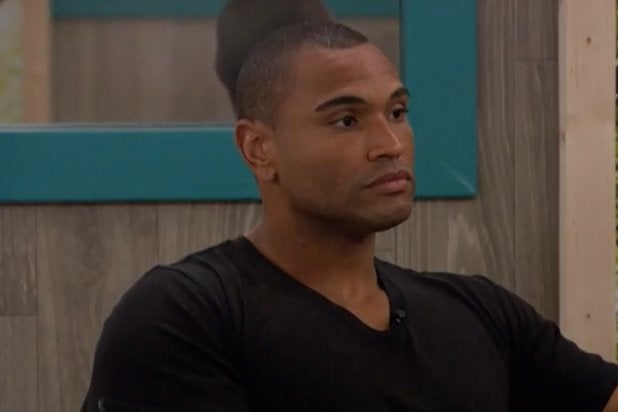 (Spoiler alert: Do not read on if you have not yet seen Wednesday night’s episode of “Big Brother.”)

It seemed inevitable that it was going to happen, but the most powerful player in the game just blew everything up. Devin Shepherd had been using his aggressive personality, and imposing physique, to dominate the game since virtually the beginning. And to his credit, he continued to control the game even as he was blowing it up.

As a member of the Bomb Squad alliance, Devin had always been the unpredictable loose cannon. He’s playing with his emotions as much as he is with his brain, but when he is using his brain, it’s mostly to get overly paranoid and jump to conclusions.

Honestly, the guy’s going to have a nervous breakdown before the end of summer, he’s playing at such a heightened level of sustained paranoia.

His new mission this week was to play with integrity, which is almost impossible to do in the “Big Brother” house. The problem is that Devin’s honesty is throwing his alliance members under the bus, revealing the lies they’ve told on behalf of the Bomb Squad.

And he doesn’t see it.

He keeps going rogue, too, and he did it again with the Power of Veto. After winning the Power of Veto, he was confident that he was going to stick to his original plan to vote out Brittany Martinez. Why? Because she’s smart and observant and well-liked.

Apparently, all it takes to change his mind is to appeal to his heart and his emotions. Brittany is a mother, and so she poured herself out to him about how is harder for parents because of what they’re leaving behind. Devin was touched, and suddenly he didn’t want her gone anymore.

Shocking everyone, he took her off the block, and then threw up his own alliance member, Zach Rance, in her place.

How did that happen? Devin isn’t the only one playing with their emotions. Zach and Devin were on the outs, and an attempt to talk it out resulted in both men threatening to take their ball and go home, like a classic temper tantrum.

It’s crazy how many of the guys in the house are playing such emotionally sensitive games. Devin and Caleb Reynolds had it out, too, with Devin declaring the alliance dead and Caleb telling him he’d go home next week. Then, they were all trying to make up later. Again, just like when little kids fight.

The more emotionally mature players can only sit back and watch in shock and awe at the insanity playing out. And yet, these volatile ticking time bombs are the ones running the show. The quieter players are probably hoping that those players will all implode and get themselves booted from .

For the viewers, though, their emotionally immature outbursts are keeping things interesting during these early weeks of the game. The Bomb Squad could have been quietly and systematically eliminating everyone in the house week after week. It would have been good for them, but it would have made for boring television.

This is absolute insanity for the Bomb Squad, and the entire house, but it’s why we watch the show. This social experiment is all about seeing how people deal with the incredible pressure of competing for $500,000 while trapped in a house with your competition. These young guys are cracking almost immediately.

After Devin blew up his own alliance, as well as his professed gameplay strategy, by taking Brittany off the block and replacing her with Zach, he tried to end the meeting. Brittany shut that idea down, though, by announcing that she had something to say.

Thus far, any time anyone has had anything to say, it has been disastrous to their standing in the house. Brittany is a well-respected player with a good head on her shoulders. And she just got pulled off the block. How could anything she have to say be a better idea than just sitting back, shutting up and being happy it won’t be you going home this week?

What she said will be revealed on Thursday’s episode, but video during the closing credits made it look like things got pretty heated … and Paola was loving every minute of it.

I’ll give these “hamsters” credit for one thing; it is absolutely impossible to tell what’s going to happen in the house from day to day.

As much as I think Devin is playing like a crazy person, I can’t fault the entertainment value. How long the house can stand to live under the thumb of the mad king remains to be seen. For now, he has all the power and it’s both a scary and delightful thing.