The house guests blindsided another contestant this week with their second eviction of the season on Thursday night.

Power player Ameerah Jones was sent packing from the CBS reality show in a 7-4 vote after she and her festie bestie Terrance Higgins were put on the chopping block, which came as a complete shock to pretty much everyone except for the few who had been working to force her exit all week.

After winning Head of Household this week, Matthew Turner had initially selected Michael Bruner and Brittany Hoopes as the eviction nominees — but Bruner proved himself to be a veto competition powerhouse after his third win of that prize (in a row).

And they were never the true targets, anyways. The house guests had initially planned to secretly evict Taylor Hale from the house. That is, until the tides began to change in the house once again and the house guests started to think that getting Jones out of the competition might be the better long term strategy. 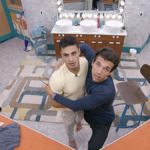 This week was a contentious one, as many of the house guests had begun to double down on their negativity toward Hale. After Daniel Durston confronted Hale for a comment made to Nicole Layog (who is Hale’s festie bestie), some of the other contestants in the house began to realize that Hale was being unfairly targeted.

But things began to change on Wednesday when she was welcomed into The Leftovers alliance, which also includes Bruner, Hoopes and Turner as well as Monte Taylor, Kyle Capener and Joseph Abdin. The group banded together to push Jones out of the house and committed to making it all the way to the end together.

So after Bruner and Hoopes won the veto competition, Turner nominated Jones and Higgins. He also stood up for Hale, making it clear to the other house guests that he will not tolerate bullying. After Jones was eliminated, she told host Julie Chen that her fellow house guests were right to perceive her as a threat.

The campaign against Hale has been happening since day one, and even former “Big Brother” competitors have weighed in on how Hale is being treated. “Watching Taylor cry really broke me down,” Tiffany Mitchell, who founded The Cookout, tweeted during a previous episode. “I could never imagine what she feels like to be alone WEEK 1 when there are 15 other people in that house. It’s giving Kemi BB21.” 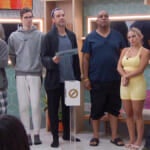