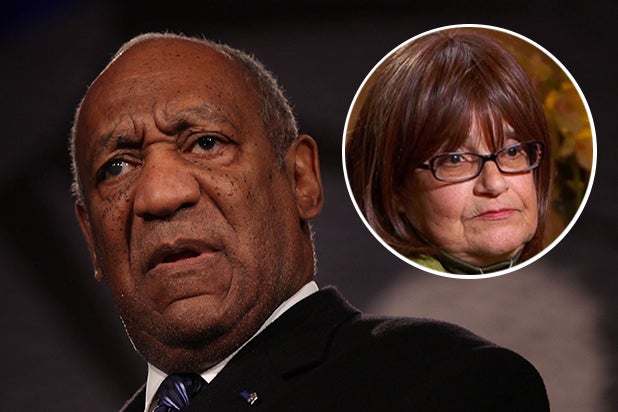 It took years, even decades for some of Bill Cosby‘s many accusers to go public with their claims that the comedian raped them.

One of the newest being former publicist Joan Tarshis, who came forward Sunday for an alleged 1969 sexual assault in which she attests Cosby drugged and raped her when she was 19. As more and more women continue to accuse Cosby of sexual assault, some vocal media figures such as “The View’s” Whoopi Goldberg are questioning why it took Tarshis and others so long to tell their story.

“Perhaps the police might have believed it. Or the hospital. Don’t you do a kit when you say someone has raped you?” Goldberg asked her ABC co-hosts on Monday.

“In the 60s, 70s and early 80s, sexual assault victims were transported to hospitals where medical personnel would collect forensic samples in an effort to recover semen, blood, hair and other types of specimens for laboratory testing,” Eisenman said.

See video: Whoopi Goldberg Skeptical of Bill Cosby Accuser: ‘Don’t You Do a Kit’ After Getting Raped?

However, the specimen collected off of an alleged victim could not be used as definitive evidence to prove a specific person committed a rape. “The results could be presented as circumstantial evidence,” said the LAPD media relations officer, meaning that the findings were not allowed to be submitted on their own to corroborate a victim’s story. The reason: the tests that would have been implemented in 1969 would not have been conclusive enough, only linking specimen to a family line rather than a singular suspect.

While rape kits became more commonly used in the 1970s, “The application of forensic DNA typing wasn’t introduced until sometime in the mid to late 1980s,” Eisenman went on to say. DNA testing is now part of current rape kits used in California and by the LAPD.

Eddie Kaiser, a retired detective and 20-year veteran of the Santa Monica Police Department told TheWrap that during the early 1970s rape kits were used but they were kept at the local police stations. “If there was a rape, we took the rape kits (compiling of tubes and swabs) to the hospital and then put the evidence in a fridge. The nurse’s and doctor’s names were put on the envelope and then it went into evidence.”

However, at that time many women — especially young girls — were afraid to come forward, Kaiser recalled. “I spoke to a few who we knew had been raped and they didn’t want to get involved. They were scared of their reputation and jobs, especially if it was someone famous.

“If they were trying to get into the movie business or whatever, they were more worried about getting ahead than reporting the rape,” he speculated, adding that there were also very few female officers working in the field at that time.

As for the mounting allegations against Cosby, Kaiser (who did not work on any cases related to the comedian) said that now that there are three plus women coming out and saying the same thing, “I know he did it — there’s no doubt about it, but you can’t prosecute.”

“These days, about 60 percent of victims don’t report it to the police, so the percentage that did back in 1969 would have been much lower.”There was a lot less understanding of the crime then, so it is pretty understandable that victims wouldn’t come forward. There was a widespread fear that they wouldn’t be believed,” he said.

The recent widespread attention of Cosby’s rape allegations was sparked by standup comedian Hannibal Buress, who called the actor “a rapist” during an October show in Philadelphia. “I want to just at least make it weird for you to watch ‘Cosby Show’ reruns,” Buress told his audience. “If you don’t know about it, trust me. When you leave here, Google ‘Bill Cosby rape.’ That shit has more results than Hannibal Buress.”

Cosby received more unwanted attention after asking fans on his website to “meme” him. Users instead added captions to photographs alluding that the comedian drugged and raped women.

Both video of Buress’ performance and the hashtag #cosbymeme quickly went viral, and encouraged actress Barbara Bowman to write an essay published by the Washington Post earlier this month in which she outlined being allegedly raped several times by Cosby.

“The women victimized by Bill Cosby have been talking about his crimes for more than a decade. Why didn’t our stories go viral?” Bowman asked.

As TheWrap previously reported, Janice Dickinson made her own revelation on Tuesday, telling Entertainment Tonight that Cosby sexually assaulted her in the early 1980s. However, Cosby’s attorney quickly took aim against the “America’s Next Top Model” judge, saying her claim that it is “a fabricated lie.”

“Documentary proof and Ms. Dickinson’s own words show that her new story about something she now claims happened back in 1982 is a fabricated lie,” Marty Singer told TheWrap in a statement Wednesday.

Also on Wednesday, TV Land announced that it was pulling repeats of “The Cosby Show.” On Tuesday, Netflix decided to postpone a comedy special starring the funnyman, which was to premiere over the Thanksgiving holiday. NBC likewise announced that it would not to go forward with a sitcom that would have starred Cosby, which was in the early stages of development.