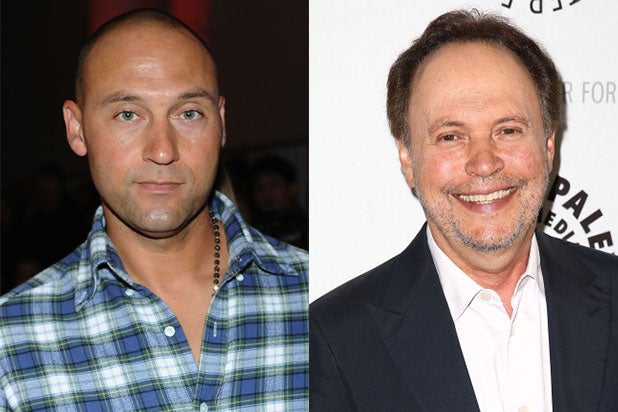 The essay is scheduled to debut on Thursday’s 6 p.m. ET “SportsCenter” and will run on various MLB programming, as well as future “SportsCenter” episodes.

“Working with Billy Crystal was definitely a career highlight,” producer Jessica Shobar said of the shoot. “He’s such an experienced professional that he made my job easy. Just by listening to him speak you could feel the passion that he has for baseball, the Yankees, and Derek Jeter.

“It was a unique shoot arranged by (producer) Ira Fritz that I was happy to be a part of,” she added. “All the hard work will be put in by Ira and editors Matthew Jason and Bryan Bishop, but I can’t wait to see the finished product. I think both Billy Crystal and Derek Jeter will enjoy the essay.”

Jeter’s final regular season game will be Sunday, which reporter Jeremy Schaap will cover. Sunday’s “Outside the Lines” will air a “Cult of Jeter” piece on fans contemplating life without No. 2.

In March 2008, Crystal batted leadoff for the Yankees against the Pittsburgh in an exhibition game after signing a one-day contact as a 60th birthday present from the team.

He also co-wrote Mickey Mantle’s eulogy with Bob Costas, and emceed the unveiling of Mantle’s monument at Yankees Stadium’s famed Monument Park — where Jeter’s number will be hung soon.