Billy Magnussen is the latest addition to Netflix’s upcoming reboot of the “Spy Kids” film franchise.

The “No Time to Die” and “Game Night” actor joins previously announced cast members Gina Rodriguez, Zachary Levi, Everly Carganilla and Connor Esterson. The project will be headed by the original franchise’s creator and director Robert Rodriguez, who is also producing and writing alongside Racer Max. Rodriguez previously worked with Netflix on the 2020 family film “We Can Be Heroes.”

The yet-to-be-titled film will introduce a new family of spies to the four-film franchise that originally starred Antonio Banderas and Carla Gugino, with Alexa PenaVega and Daryl Sabara as the kids. After the children of the world’s top secret agents inadvertently help an evil Game Developer gain control of all technology through a computer virus, they must transform into spies themselves to save their parents and the planet. 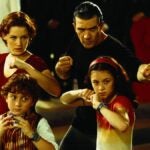 Magnussen starred as Byron Gogol in the second and final season of “Made for Love,” the Cristin Milioti-led HBO series. In 2022 alone, he appeared in the ensemble of “Family Squares,” featured in the Hulu series “Woke” and played Robert Redford in “Godfather” making-of series “The Offer.” Other recent titles include Barry Levinson’s Holocaust drama “The Survivor” and “Sopranos” prequel film “The Many Saints of Newark.”

In addition to the “Spy Kids” reboot, Magnussen has three projects in the works: murder mystery “Reunion” with Chace Crawford and Nina Dobrev, the Kevin Hart starrer “Lift,” and an untitled Sharon Horgan series at Amazon.

David Ellison, Dana Goldberg and Don Granger will produce for Skydance, which will oversee development and production. Elizabeth Avellan and Racer Max will also produce, with Spyglass’ Gary Barber and Peter Oillataguerre serving as executive producers. 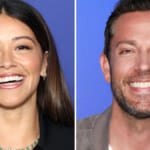