“Take a good close look at what we’re fighting for,” says Mia Wasikowska’s oceanographer in “Blueback,” as she scans the Australian bay where she grew up. She’s talking to a colleague, even as writer-director Robert Connolly (“Paper Planes”) is really saying the same thing to us.

Connolly has turned Tim Winton’s 1997 novella into his own environmental cri de coeur — premiering at the Toronto Film Festival — and while the specifics can get a bit clunky, his passion drives our interest all the way to the end.

The end is where we begin, actually, with Wasikowska’s Abby getting a call while she’s working. Her aging mother, Dora (Liz Alexander), has had a stroke, and Abby has to rush back to remote Longboat Bay (Western Australia’s Bremer Bay stands in for the fictional coast) to care for her. 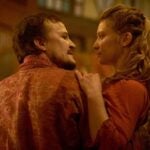 Once there, she looks out at the spectacular landscape surrounding her childhood home and reflects on her experiences growing up. As a young widow, the fiercely iconoclastic Dora (played in flashback by Radha Mitchell) raises Abby to revere the nature with which they are lucky enough to commune. Abby (played as a child by Ariel Donoghue) takes her first dive on her eighth birthday and from then on lives at the beach as much as possible. Dora teaches her how to co-exist with ocean life, but also how to protect it.

As Abby becomes a teen (now played by Ilsa Fogg), she and Dora join forces — and occasionally butt heads — as stubborn eco-warriors. They live in intermittent harmony with local fishermen like Macka (Eric Bana) but pull no punches when it comes to the threat of outside developers like Costello (Erik Thomson).

Much as some loners are more comfortable with animals than people, Connolly tends to be awkward with specifics like dialogue, structure and logic. Expository conversations are often a little clunky, the sentimentality between Abby and the titular groper she befriends is broadly drawn, and several extended dives, with no equipment but snorkels, defy reason. 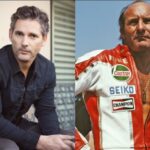 But where sensibility fails, sense takes over. The dives and landscape shots are gorgeous, silent beyond Nigel Westlake’s aptly emotional orchestral score. Newcomer Fogg, who is in a majority of scenes as teenage Abby, is lovely. And Mitchell, who grounds every film lucky enough to have her, is a force as strong as any Dora aims to protect.

Wasikowska and Bana are both underused, almost as if they wanted to be part of an admirable family film but were available only for a few days. That said, there is something laudable about Connolly’s choice to keep the focus on young Abby and her best friend (Pedrea Jackson) rather than trying to pad out the script to make more room for the stars. 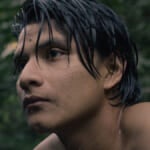 Also Read:
‘The Territory’ Review: Amazonian Eco-Warriors Fight Back With Arrows – and Cameras

Anyway, the real star is Bremer Bay itself. Dora and Abby live in a simple farmhouse situated at the top edge of the coast, and thanks to cinematographers Andrew Commis and Rick Rifici, we’re privy to their stunning views from above and below the water. Connolly and his team successfully pull us into a romantically isolated community, the sort of place where the single school bus is an orange van holding kids of all ages, and the driver is happy to wait as long as necessary for a teenager to amble out of the house barefoot.

Connolly also keeps us on edge with reminders that this precious isolation is only temporary. “Let’s get wet” is Dora’s perpetual solution to the ills of being human. Two decades later, her grown daughter still struggles to accept that humanity has become the disease.