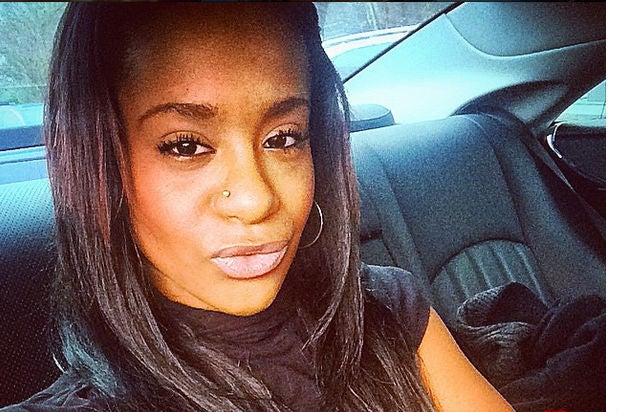 Bobbi Kristina Brown has been laid to rest, but the squabbling among her family rages on — and a new development isn’t likely to quell the tension.

A photo of Bobbi Kristina Brown, the 22-year-old daughter of Bobby Brown and Whitney Houston who died July 26 after fighting for her life for six months, has been sold to a media outlet for more than $100,000, TMZ reports.

The site did not disclose which media outlet bought the photo.

According to the site, the photo, which pictures Brown in her casket, was taken during the viewing, the day before her Saturday funeral service.

The reported sale comes amid heated tensions among the family that reached an ugly boiling point on Saturday, when Bobbi Kristina’s aunt, Leolah Brown, walked out of the private funeral service in Alpharetta, Georgia. Brown said that she left during the eulogy being given by Bobbi Kristina’s maternal aunt, Pat Houston, whom Leolah has accused of using Bobbi Kristina’s name for personal gain.

“Whitney will haunt Pat Houston from the grave,” Leolah Brown told reporters, adding, “Pat, it’s not over … It has just begun.”

An attorney for Bobby Brown has not responded to TheWrap‘s request for comment on the reported photo sale.

The sale adds to the eerie similarities between Bobbi Kristina’s death and that of her mother, who perished almost three years to the day Bobbi Kristina Brown was found face-down and unresponsive in her bathtub. In addition to Houston also being found in a bathtub, a photo of the “I Will Always Love You” singer in her casket found its way onto the cover of the National Enquirer.