“Bones and All” is nearly upon us. And, thanks to Timothée Chalamet, we now have a brief first look at the darkly-tinged romantic thriller (watch below). It might be the most haunting 30 seconds of your day.

Luca Guadagnino’s latest stars Chalamet and Taylor Russell as a pair of outsider characters living “on the margins of society,” who fall in love and embark on a cross-country journey in Reagan-era America. It is based on Camille DeAngelis’ 2016 of the same name and was adapted by Guadagnino’s “Suspiria” and “A Bigger Splash” collaborator David Kajganich. Based on the teaser, there’s something very strange going on here and given Guadagnino’s blood-soaked history with “Suspiria,” we can only imagine what that will be.

“Bones and All” co-stars Mark Rylance, Michael Stuhlbarg, Jessica Harper, Chloë Sevigny and David Gordon Green. It also features a new score from the Oscar-winning duo of Trent Reznor and Atticus Ross. This is their first new score since the one-two punch of “Mank” and “Soul” (both in 2020).

The movie will premiere next month at the Venice International Film Festival before opening wide on November 23. 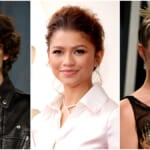