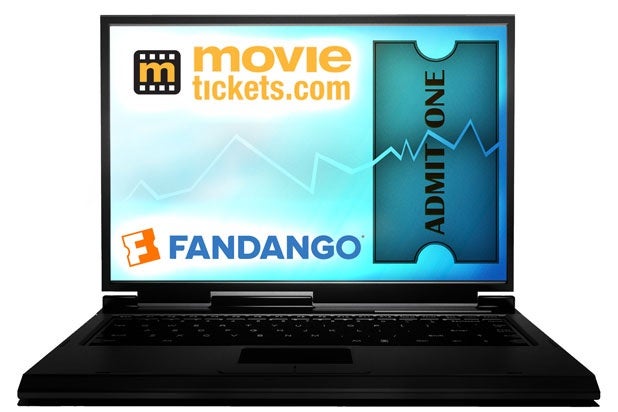 In the 14 years since they launched, online ticket brokers Fandango and MovieTickets.com have become well-known fixtures on the moviegoing landscape. But did you know their sales represent just 20 percent of all the movie tickets sold?

If you live in New York or Los Angeles, that number probably seems surprisingly low. If you’re reading this in the Heartland, it probably seems high. And if you’re an executive at either of the two leading online ticket brokers, it seems about right.

Reasons it isn’t higher include moviegoers’ tendency to use the service only for movies they fear will sell out, which generally means tentpole-type summer movies, and consumers’ natural resistance to surcharges, typically $1 per ticket. While both companies have experienced double-digit sales growth in the past two years, breaking past that plateau — and turning moviegoing into an online rather than walk-up business — is the biggest challenge facing the two companies.

“We’re talking about shifting the buying paradigm from the old way to the new — for all movies,” MovieTickets Chief Executive Joel Cohen told TheWrap. “Right now, we capture sizable amounts of the market for blockbusters, but we want to get to the point where people as a matter of course buy their tickets on their desk tops or their phones. It’s about establishing a consistent buying pattern.”

There is a great deal of variance in the level of online sales not only geographically, but on a film-by-film basis. On a much-buzzed blockbuster like “The Hunger Games: Catching Fire,” for example, online sales could go as high as 55 or 60 percent on opening night in a big city like Los Angeles. But for an afternoon screening of “Jersey Boys” in Albuquerque, it could be zero.

The 20 percent number is based on conversations with the two companies and other industry insiders, because currently there are no data being kept on exactly how much of the market goes to online. Neither the Motion Picture Association of America or the National Association of Theater Owners tracks online or phone purchases vs. walk-up sales. It’s also worth noting that roughly 5,000 of the nation’s approximately 39,000 screens aren’t currently wired for online sales.

Fandango President Paul Yanover noted that his industry’s online sales percentage was considerably larger than the overall retail market in the U.S., which the most recent U.S. Census Bureau report on e-commerce put at 6.2 percent. And he suggested that the travel industry provides an interesting comparison, and a realistic barometer of where the online ticket biz could be in the future.

“The travel industry got a head start and now, a significant portion of their business is done online,” he said. “We’re very confident with the position of online ticketing, and I’m optimistic this industry will see consistent growth in the future.”

Taking the next step will require some changes, Vincent Bruzzese of marketing and research firm C4 told TheWrap.

“With so many multiplexes and movies playing on so many screens, the ‘fear factor’ of not getting a seat — which has been a driving force for online — isn’t going to be enough,” he said. “It’s going to be incumbent upon them to change their marketing focus to the practicality and ease that online provides, until it becomes totally integral to the process.”

That means changing the motivation for moviegoers to buy online from “getting a seat” to “getting the best seat.” The companies are headed in that direction. Fandango reports that 49% of its ticketing business is now based on post-opening weekend ticket sales.

The proliferation of reserved theater seating and high-end dining-and-drinking locations will help as well. MovieTickets.com last month signed a deal with the Dallas-based, 181-screen Studio Movie Grill chain, a leader in the in-theater dining sector.

Part of the reason Yanover and Cohen are so bullish on the future is the explosive growth both companies have seen in terms of mobile phone sales. Both MovieTickets.com and Fandango report increases of more than 40 percent gains in tickets sold via mobile when compared with the same period in 2013.

“Since young people today pretty much have their phones grafted onto their ears, it makes all the sense to set to emphasize that market,” said Avi Savar, founder and chief executive of marketing and communications agency Big Fuel. “The other advantage is that as these millennials mature, they’re going to provide a significant amount of organic growth, too.”

Also read: 49 Summer Movies on Our Radar: From ‘Transformers’ to Tina Fey’s Next Comedy

Partnerships with movie content sites and film forums and finding more platforms that can function as purchase points is another way to spike growth, according to Mike Weiss, founder of Del Mar, Calif.-based Internet Sales Experts.

“It’s all about making it easier for consumers to take that step from reading or talking about a movie to pressing that ‘buy’ button,” Weiss said. That isn’t news for Fandango and MovieTickets.com, both of which have been aggressively looking to broaden their bases and have scored recently.

Fandango in April struck a deal with Twitter that enables Hollywood studios to embed the company’s ticket-buying button when they tweet about they movies. MovieTickets.com partnered with Toyota and Lexus in deals that allow moviegoers to buy from their cars.

Also read: Box Office By the Numbers: ‘Think Like a Man Too’ Will Be Kevin Hart’s Fifth No. 1 Hit

Further brightening the future for the two firms is the fact that there appear to be no regulatory hurdles on the horizon and, given their focus on staying ahead of the technological curve, the likelihood that another rival will surface their to challenge their domination of the sector is slim.

All of which makes that 20 percent market share number look pretty good.

“It’s a glass half full thing,” said BoxOffice.com vice-president and senior analyst Phil Contrino. “At the end of the day, the domestic movie biz is an $11 billion industry, and 20 percent of that is pretty good. Even if they’re not taking all that home, that’s a lot of money.”