This review of “Brian Wilson: Long Promised Road” was published on June 15 after its premiere at the Tribeca Film Festival.

The good thing about “Brian Wilson: Long Promised Road,” a documentary that premiered on Tuesday at the Tribeca Film Festival, is that it effectively makes the case for the startling musical genius of Brian Wilson, using celebrity testimony and musical examples to paint a clear portrait of the troubled songwriter, producer and singer as a protean pop creator.

And the frustrating thing about “Long Promised Road” is that it makes that case and then keeps making it for an hour and a half, to the point where the film is apt to become wearying to all but the most diehard fans of Wilson and the Beach Boys.

Directed by Brent Wilson (no relation to Brian) and written by Brent Wilson and Jason Fine, the film is ostensibly built around a road trip in which Rolling Stone writer Fine drives Wilson around Southern California in a car that is apparently equipped with multiple cameras. They gently talk about his career and revisit the spots of importance in his life: His childhood home in Hawthorne, where the Wilson father helped push Brian and his brothers Dennis and Carl into a musical career, but was also overbearing and physically abusive; the spot in Malibu’s Paradise Cove where the first Beach Boys album cover was shot; the homes where Brian lived when he made music, took drugs and began suffering from mental illness that is with him to this day; the beachside retreat where he was basically held prisoner in the 1980s by controversial psychologist Eugene Landy, who got Brian off drugs but controlled his life; the studio where he’s making new music with his band …

But the car ride doesn’t yield much in the way of real insight, because Wilson is a fragile, uncertain conversationalist who has never been an eager or enlightening interview. (I say this as somebody who once interviewed him for Rolling Stone, and found that only after he played me two new songs on the piano did he relax and become relatively forthcoming for about half an hour of our two-hour conversation.) Fine has become friends with Wilson over the years, which definitely helps – particularly in that Wilson feels comfortable enough to admit when he’s nervous, which appears to be most of the time.

But Fine’s role as tour guide and questioner boils down to a lot of comments like “You did such-and-such — what was that like?” and “That must have been really cool.” Despite his attempts to coax stories out, Wilson typically remains terse, unrevealing and generally ill-at-ease at being questioned. (Wilson and his wife are also executive producers of the film.)

Still, the ride gives you a pretty good idea what it’s like to spend time with Wilson, a gentle soul who still hears angry voices in his head and who bears the scars from childhood trauma, excessive drug use and the deaths of his brothers Dennis and Carl in 1983 and 1998, respectively. He won’t get out of the car when Fine drives to the house where Carl used to live, but he does agree to listen to Dennis’ classic 1977 solo album for what he says is the first time ever. 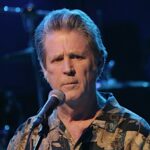 Meanwhile, luminaries like Elton John and Bruce Springsteen give you a good idea of what it’s like to spend time with Wilson’s music, and to be inspired by it. While there’s so much adulation that after a while it simply becomes repetitive, there are gems in John describing a night at Brian’s house, or Springsteen explaining the impact of the Beach Boys’ early surf songs on a Jersey boy staring at a different ocean, or L.A. Philharmonic Music Director Gustavo Dudamel comparing the Beach Boys’ “Pet Sounds” album to Mahler and Schubert.

The most revelatory scenes, though, and the moments in which the film begins to soar, are the breakdowns of Wilson’s songs. Whether it’s the epic “Good Vibrations” at the beginning of the film or “God Only Knows” later, we hear the astonishing way in which Wilson, then in his early 20s, assembled these little masterpieces layer by layer. The baffled look on producer Don Was’ face as he tries in vain to explain how “God Only Knows” was constructed says more than all the testimonials to Brian’s genius. “I’ve been making records for 40 years,” Was says, “and I don’t know how you do that.”

That question – “How did Brian do that is?” – is at the heart of “Long Promised Road.” And while it’s never really answered, because Brian himself probably doesn’t even know and couldn’t articulate it if he did, it is the grand and glorious reason that the film exists. And it’s the reason why we want to be along for the car ride with Wilson and Fine; even if the trip is never quite as enlightening as we’d like, the soundtrack to that trip is transcendent. 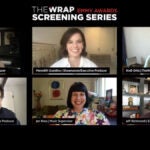