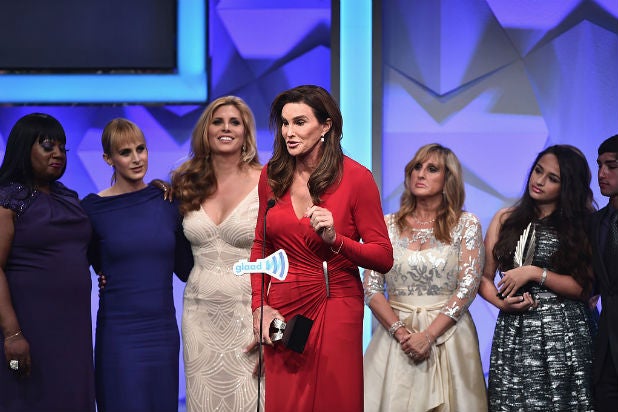 Hollywood’s top advisor on transgender issues is speaking out about Caitlyn Jenner’s controversial conservative politics, which have drawn the derision of many whom she might otherwise have been able to count as supporters.

“Everybody wants her to be the transgender Bernie Sanders. That’s not going happen,” Jenny Boylan, a trans academic and advisor on shows like Amazon’s “Transparent” and Jenner’s own E! reality series “I Am Cait,” told TheWrap at last weekend’s GLAAD Media Awards.

Many in show business, and LGBT allies at large, have openly struggled with Jenner’s right-wing stances on issues like gay marriage, her criticism of Hillary Clinton and support for Republican presidential candidate Ted Cruz — and more often than not branded the former Olympian a hypocrite.

“I’ve been in this community for at least 15 years now. I would guess, off hand, maybe 25 to 30 percent of LGBTQ people that I know are conservative. How do we embrace everyone when we disagree with many? We learn to speak to each other with respect and with love and accept the diversity of our community,” said Boylan. “You’re not going to make Caitlyn Jenner into a Democrat by yelling at her.”

LGBT activist Danielle Moodie-Mills told TheWrap last month, “Caitlyn has eroded a lot of the enthusiasm that the LGBT community at large had for her as she was coming out,” adding “I find it very disappointing that through ‘I Am Cait’ and her conversations with less advantaged trans people there hasn’t been a cultural shift in her understanding of the movement.”