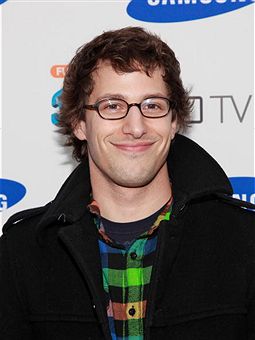 I never thought I’d want to see another Andy Samberg movie ever again after watching "Hot Rod," the single most baffling studio film ever made, yet the "Saturday Night Live" star won me over with his goofy, understated supporting turn as Paul Rudd‘s gay brother in "I Love You, Man."

Based on Karyn Bosnak‘s book "20 Times a Lady," the film follows Faris’ promiscuous character after she sleeps with her 20th partner and decides to track down her exes with the hope that The One must be among them. Evans will play the sleazy neighbor who helps guide her on her quest, while Graynor will play Faris’ sister.

After reading a possibly early draft of the script, The Playlist speculates that only one of the actors will have a major role, since there are only two ex-boyfriends who have more than one scene and one of them is being played by Bomer.

As annoyed as I was by Samberg’s one-note performance in an otherwise-hilarious recent episode of NBC’s "Parks and Recreation," I’m holding out hope that it’s him, if only because the thought of him having sex with Faris makes me giggle. If I were a betting man though, I’d wager that Quinto is the more likely ex-lover. Either way, I’m all for more R-rated sex-themed comedies.

I had previously questioned whether Evans would be available to shoot "What’s Your Number?" now that he’s been officially cast as Captain America, but EW confirms that the New Regency film starts shooting in May and won’t conflict with Marvel’s production schedule.

• Woody Allen sure does have exquisite taste as far as his leading ladies are concerned.

Carla Bruni-Sarkozy, the first lady of France, has long been rumored to make a cameo in the picture, although her appearance is far from a done deal.

The 74 year-old filmmaker attempted to shoot a part-period comedy in Paris in 2006 but abandoned the project when it became too expensive. Allen’s longtime producer Letty Aronson told Variety that the new incarnation of the project received a tax rebate from France’s Centre National du Cinema that allowed Allen to finally shoot a film entirely in Paris.

I was pretty disappointed with Allen’s last film "Whatever Works," which starred Larry David and Evan Rachel Wood in an ill-conceived May-December romance, but I’m willing to give Allen the benefit of the doubt despite the secret storyline, if only because of the impressive cast he’s already assembled.

Allen’s latest film, which starts shooting in July, is part of the three-picture financing deal Allen struck with Spain’s Mediapro after it co-produced "Vicky Cristina Barcelona," which grossed $15 million in France and $23.2 million stateside. Allen’s next movie, "You Will Meet a Tall Dark Stranger," will be the first film in that deal, which offers the director more (well-deserved) creative freedom. 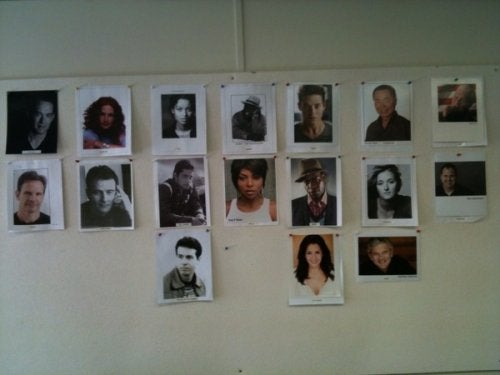 • Writer-director Tom Hanks posted a Twitpic over the weekend of the casting wall for "Larry Crowne," and needless to say, the film’s supporting cast is shaping up quite nicely.

I’ve been waiting for "Breaking Bad" star Cranston to catch a break on the bigscreen after more than a decade of exceptional work on TV. I’ve always been a fan of Seda, dating back to his days as a regular on "Homicide: Life on the Street." And to be honest, it’s good to know that someone like Hanks is saving Valderrama from himself. I thought he was poised to breakout following the success of "That ’70s Show" but instead Valderrama spent years making headlines for all the wrong reasons. I’m glad to see him back on track and getting serious about his career.

The Playlist reveals that Gugu Mbatha-Raw, Rami Malek, Malcolm Barrett, Maria Canals Barrera, Dale Dye and Bob Stephenson will also be joining Hanks and Julia Roberts in the Universal picture, which follows a man (Hanks) who is forced to reinvent himself and find a new career as he enters the second half of his life. Filming begins in April, so expect the film sometime in 2011.

• After releasing the true-life Irish drama "50 Dead Men Walking" in 2009, Phase 4 Films has announced it plans to release the action thriller "Dead Man Running," starring Curtis "50 Cent" Jackson, later this year, according to the Hollywood Reporter.

The naturally charismatic Jackson may actually be a better actor than he gets credit for, but he’s yet to deliver a performance that suggests he could be a movie star were it not for his music career. He made his acting debut in Jim Sheridan‘s "Get Rich or Die Tryin’" before playing a psychologically scarred soldier in MGM’s "Home of the Brave."

While his choices of roles and projects have been, shall we say, head-scratching in the past, his upcoming projects look more promising. He has Joel Schumaker‘s gritty Sundance film "Twelve" coming out later this year, as well as "13," Gela Babluani’s highly anticipated remake of his own film "13 Tzameti," starring half the cast of "The Expendables" including Jason Statham, Mickey Rourke and David Zayas.