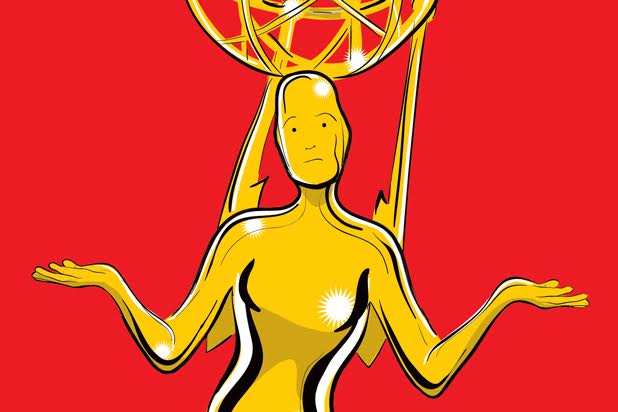 An alternate version of this article appeared in the Comedy/Drama Series of TheWrap’s Emmy magazine.

The final day of voting has arrived, with nominating ballots due in the hands (or, rather, the computers) of the accountants by 10 p.m. Friday night, Pacific Time.

And for avid awards watchers who want to know what the Academy’s nominations might look like when they’re announced in less than three weeks, there are always the clues left by other voting bodies.

After all, the Writers Guild, Directors Guild, Producers Guild, Screen Actors Guild and many other bodies have chimed in, making it easier to figure out who’ll come out on top when the nominations are announced on July 16.

Oh, wait. This is the Emmys we’re talking about, isn’t it?

In fact, the Emmy calendar makes reading the tea leaves an exercise in futility compared to following the clues before Oscar nominations. Unlike the Motion Picture Academy, which follows a calendar-year eligibility period that means almost all of the Hollywood guilds, awards bodies and critics’ groups have released their own nominations and Top 10 lists in the weeks leading up to Oscar nominations, the Emmys are unmoored from the calendar.

Like the academic year and the NBA season, their season encompasses parts of two years, from June 1, 2014 through May 31, 2015.

That means that while SAG nominated actors in nine television categories, the guild did so in December of last year, when a number of this season’s notable Emmy contenders were either brand new (“The Affair,” “Jane the Virgin,” “How to Get Away With Murder,” “Black-ish”) or had yet to premiere (“Empire,” “Better Call Saul,” “Unbreakable Kimmy Schmidt,” “Bloodline”).

The DGA, WGA and PGA did the same — and when you’re dealing with the ever-changing world of pop culture, it’s hard to rely on results that are six weeks old, much less six months old.

But with the first year of online-only Emmy voting about to conclude the nomination phase, and its first-day hiccups long since forgotten, we can summarize the unreliable data nonetheless.

Of the six series nominated by all four guilds, one, “True Detective,” isn’t eligible for this year’s Emmys, and another, “Orange Is the New Black,” was nominated in the guilds’ comedy categories, as opposed to the more competitive drama categories in which it must compete at the Emmys. (That’s not to say “OITNB” won’t hold its own in the drama categories, particularly with a well-received third season premiering just in time to remind voters that it’s a hot show.)

The other shows singled out by all four major guilds are “House of Cards” and “Game of Thrones” in drama and “Louie” and “Modern Family” in comedy, all of which seem to be in good shape for Emmy nods.

See video: Viola Davis Defies Hollywood Stereotypes as She Keeps it Real: ‘I Didn’t Want to Be the Vogue Woman’ (Video)

The problem is that critics and Emmy voters don’t have the same taste. Last year, for instance, neither of the critics’ groups nominated “Modern Family” for anything, but that show still won its fifth consecutive Emmy for Outstanding Comedy Series.

The critics’ awards, it’s safe to say, are more valuable as a way to nudge Emmy voters toward shows and performers than as a predictor of what the Academy will do. And let’s face it: Persuading voters to watch a worthy show they might otherwise ignore is definitely a higher calling than making life easier for Emmy prognosticators.

So, for the record, here’s what got the most nudging this year: The drama series “The Americans,” “Better Call Saul” and “Empire” and the comedy series “Jane the Virgin” and “Transparent” got multiple nominations from both critics groups, while shows receiving at least one nod from each were “The Big Bang Theory,” “Fresh Off the Boat,” “Game of Thrones,” “How to Get Away With Murder,” “Inside Amy Schumer,” “Justified,” “Mad Men,” “Unbreakable Kimmy Schmidt” and “Veep.”

As for what Emmy voters have done in the 12 days they’ve been voting, who knows? They’re famously creatures of habit who keep nominating the same shows over and over, but it’s hard to imagine that they’ll ignore the likes of “Empire,” “How to Get Away With Murder,” “Jane the Virgin” and “Transparent.”

Will they make “Empire” the first broadcast network show in four years to be nominated in the Outstanding Drama Series category?

Will the love voters had for Tina Fey‘s “30 Rock” extend to her new show “Unbreakable Kimmy Schmidt,” a streaming series competing in a category (Outstanding Comedy Series) that is the last bastion for the broadcast networks?

Will Viola Davis and Taraji P. Henson both be nominated as Outstanding Lead Actress in a Drama Series, a category that has never had more than one African-American nominee, and has had none in 50 of the 60 years in which it has been awarded?

The answers, from this vantage point, are probably, maybe and almost definitely. But really, how do we know?

The tea leaves are hard to read, the other voting bodies don’t mean much and only the accountants will know for sure until July 16.