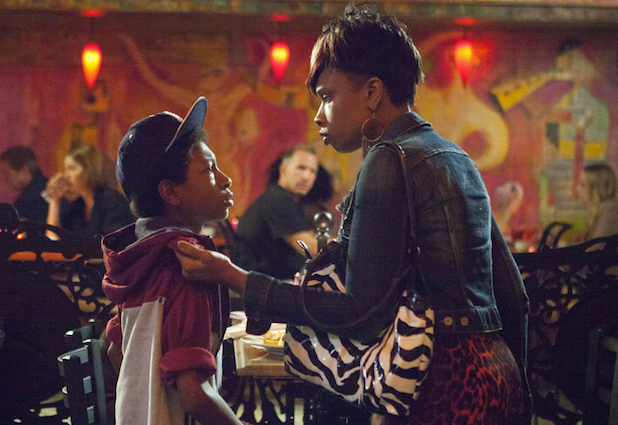 For 15 years, Jeff Clanagan sold comedy specials and faith-based movies to people watching at home. When the home-entertainment market collapsed a few years ago, he began to chart a new path for CodeBlack Entertainment.

He joined forces with Lionsgate, home to Tyler Perry, and decided to focus on something new: quality. CodeBlack had always released movies for African-American audiences, acquiring 15 to 20 movies a year and selling them at Wal-Mart and other retailers.

His new bosses asked him to make less with more, releasing fewer movies each year but diversifying his output, producing and distributing a wider array of films for the same market. He’s still producing comedy specials, but also starry films like “The Inevitable Defeat of Mister & Pete.”

The movie, directed by George Tillman Jr., arrives in theaters this weekend amid a resurgence in films about African-American subjects. “The Inevitable Defeat of Mister & Pete” centers on two kids who must survive on their own after their drug-addicted caretaker abandons them.

It stars familiar faces such as Jennifer Hudson, Anthony Mackie and Jeffrey Wright, but in roles that make them unrecognizable. Hudson is a drug-addled prostitute, Mackie a gang leader and Wright a hobo.

“We’re not doing the same types of movies, the same cliché movies that we’ve done in the past,” Clanagan told TheWrap. “This was just a great movie, a great story and different from what we’ve seen targeted towards this niche audience.”

CodeBlack hopes to be at the center of the renaissance in films about African-Americans, which has included hits such as “The Butler” and Oscar hopeful “12 Years a Slave.”

“There are all these movies coming our within 12-16 months; there haven’t been this many movies in close proximity in history,” Clanagan said.

Clanagan avers his movies will still stand out.

“The audience I’m serving is still an underserved audience,” he said. “It’s not like they are getting 100 offerings a year. I’m most interested in the diversity of this year’s slate slate and how audiences will react to different genres.”

CodeBlack’s strength has long been in comedy, and his first movie with Lionsgate was the Kevin Hart stand-up special “Let Me Explain.” That was the second time Clanagan has released one of Hart’s stand-up movies, and its success prompted the two to partner on a third movie, “Quick & Easy.”

Since joining forces with Lionsgate, Clanagan has also released “Free Angela and All Political Prisoners,” a documentary about the political activist,” and acquired two films — “Repentance,” a thriller starring Forest Whitaker, and “Frankie & Alice,” a drama starring Halle Berry. CodeBlack will also produce its own movies, and is developing an adaptation of Omar Tyree’s popular book “Flyy Girl.”

None of those movies would fit into Hollywood’s standard box of films for African-American moviegoers, BoxOffice.com editor-in-chief Phil Contrino noted approvingly.

“There are three groups becoming huge driving forces in terms of box office, and African-American are one of them,” Contrino told TheWrap. While right now studios make comedies for that audience, Contrino said the smart ones will experiment with different genres.

“There is no reason that action movies or horror movies or any other genres can’t play,” he said. “Hollywood is just not very good at hitting these niches.”

Yet Lionsgate has proven particularly adept at targeting underserved audiences. The studio just released the most successful Spanish-language movie in history, “Instructions Not Included,” in collaboration with Pantaleon Films. It has long served as home to Perry, the most successful African-American filmmaker in the world. And last year it acquired Summit, whose “Twilight” franchise has spawned innumerable copycats.

No one is pretending that “Mister & Pete” is going to be a box office smash on the level of any of those, but it doesn’t have to be.

“I don’t know why there is this notion that movies aimed specifically at African Americans that don’t have this huge advertising push are meant to be ignored,” Contrino said. “It’s a low-budget film. It knows where it can hit and it’s not going to try to reach beyond that.”