One of the first significant deals for a film screening as an official Cannes selection took place on Thursday, when IFC and the Sundance Channel joined forces on a multi-platform distribution pact for “Carlos,” director Olivier Assayas’ five-and-a-half hour film about the terrorist Carlos the Jackal. 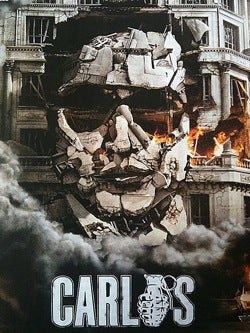 The film, one of the most intriguing at this year’s festival, will debut on the Sundance Channel in October, as a three-part miniseries.  “Carlos” was made for the European television network Canal +.

The Sundance deal for “Carlos” was announced in February, with the channel touting the project as its first scripted miniseries. New to the table is IFC, which subsequent to the Sundance debut will mount a national release for a shorter theatrical cut of the film, as well as select engagements featuring the full-length version.

The shorter version will also be available on video-on-demand.

The five-hour version of “Carlos” will screen at Cannes next Wednesday, out of competition but as an official festival selection. The film stars Venezuelan actor Edgar Ramirez (“The Bourne Ultimatum”) as Carlos, who was linked to a series of bombings, attacks and kidnappings in the 1970s and ’80s.

The real “Carlos,” Ilich Ramiriz Sanchez, is currently serving a life sentence in a Paris prison. In January he unsuccessfully sued the filmmakers, demanding input into the final cut of the film.

The Sundance Channel and IFC are both owned by Rainbow Media.