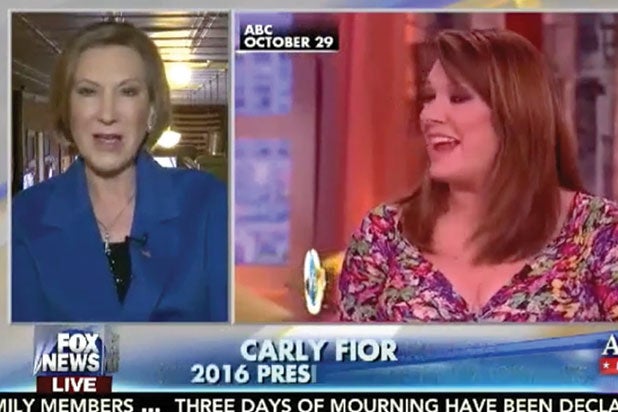 Carly Fiorina will appear on ABC’s “The View” this Friday to confront the panelists who mocked her “demented” face last week after the third GOP presidential debate.

“I will face the ladies of ‘The View’ for the second time Friday,” she told Elizabeth Hasselbeck on Fox News Monday morning. The announcement comes after Hasselbeck, a former “View” host, previously challenged her replacements to invite Fiorina onto the show and say their comments from last week to her face.

See Video: Carly Fiorina Slams 'The View': 'I Am Tired of Being Insulted by Liberal Feminists

Fiorina said she doesn’t care for an apology from Joy Behar, Michelle Collins and Whoopi Goldberg for joking that the presidential candidate’s “face could be a Halloween mask” because it looked “demented.”

Fiorina and Hasselbeck aren’t alone in thinking “The View” sunk to a new low. CNN’s Brooke Baldwin rushed to Fiorina’s defense last Thursday, and accused the hosts of a double standard, since Behar had confronted Donald Trump in September after he had poked fun at Fiorina’s appearance.

On Sunday, the former Hewlett-Packard CEO said that none of this was said to her face when she was on “The View” a couple months ago.

“I am tired of being insulted by liberal feminists who talk about women’s issues when the reality is every issue is a woman’s issue,” Fiorina said on “Fox News Sunday.”

.@CarlyFiorina will join the hosts of "the View" again on Friday. Her message? Man up, ladies. https://t.co/HdlLZf14Lx