“No Time to Die” director Cary Joji Fukunaga has been accused of inappropriate sexual advances by at least three young actresses.

In a series of online posts last week, actress Rachelle Vinberg (HBO’s “Betty”) last week accused Fukunaga of taking advantage of their two-decade age difference, claiming he began pressuring her into a romantic relationship just after she had turned 18. She said they became “completely fully intimate” several years later, before he broke it off when she was 21.

A rep for Fukunaga, who last fall was accused of firing actress Raeden Greer while shooting the first season of HBO’s “True Detective” after she refused to appear topless on camera, declined to comment on the latest accusations. 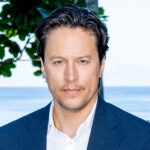 The online accusations emerged after Fukunaga last week posted an Instagram story about the prospect of the U.S. Supreme Court overturning Roe v. Wade and said, “Meanwhile in America the supreme court is about to push us one step closer to war with ourselves by legitimatizing a war against women’s rights.”

The post enraged 23-year-old skater and actress Vinberg, who took a screenshot of Fukunaga’s post and responded, “It pisses me off cause he literally doesn’t care about women. He only traumatizes them. I’ve spoken to many girls. F— you Cary.”

Vinberg then shared a selfie she took with Fukunaga and accused him of “grooming” vulnerable teenage women for sexual encounters — though she provided no direct evidence that he had engaged in any criminal behavior. “I spent many years scared of him,” she wrote. “Mans is a groomer and has been doin this s— for years. Beware women.”

In a series of follow-up Instagram posts, Vinberg claimed that Fukunaga, who is now 44, pursued her romantically five years ago when she had just turned 18 after the pair worked together on a Samsung commercial. “Yeah, I was legal,” she said, adding that their relationship lasted till she was 21. “But is it right? No.”

“One thing that was really weird about him was he would tell me to pretend that I was his cousin or niece or sister in front of other people like he’d want me to lie about who I was,” she said of Fukunaga, adding that she has been in therapy for a year and was diagnosed with PTSD. She added: “I decided to kind of expose him is because I feel like I’m supposed to represent women and I would never be able to live with myself. This guy was roaming, free doing this.”

Vinberg’s posts prompted twin sisters Hannah and Cailin Loesch to come forward via Twitter with similar allegations. The sisters said they were 20 years old in 2018 when they met Fukunaga while directing them in four episodes of the Netflix series “Maniac,” which he had co-created. “Over the next three years, we’d all three be wrapped up a hot-and-cold relationship that the two of us hoped would mold itself into one of two categories: a simple trio of friends, or a romantic relationship between one of us and Cary,” the sisters said.

When Fukunaga invited the sisters to his penthouse in New York City last year to screen a work print of “No Time to Die,” they said he tried to have sex with both of them: “it was a party of three in his bed.” After the sisters refused, they said he invited them to “‘drop acid’ and do molly at his house upstate.”

The following morning, one of the sisters sent Fukunaga a text message saying, “we just couldn’t do it anymore, the flirting with us both.” Fukunaga asked one sister if she “knew ‘how bad this would look’ if the story came out in the wake of the Me Too movement?”

The sisters said never saw Fukunaga again despite “a final text to Hannah, claiming the whole thing was a big misunderstanding, and that he had ‘nothing but respect’ for the two of us.” They also emphasized that they “flirted back” with Fukunaga, “walked away through unlocked doors” and do not want to start a “witch hunt” against the filmmaker. “We were not raped, fired from a job, or made to do anything physical against our will,” they wrote. 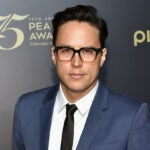 The allegations come in the wake of Fukunaga firing Raeden Greer from “True Detective” after refusing Fukunaga’s request that she go topless for a scene. Greer told The Daily Beast last October that she had no-nudity rider in her contract, and was reassured on multiple occasions that the speaking role would not include nudity.

“It was disheartening. It felt bad,” Greer, who was 24 at the time of production, told the publication. “You can’t just treat people like all you are is a pair of tits, that is very hurtful.”

An individual close to production told TheWrap that Greer was hired to play an exotic dancer in a strip club, and that one of the scenes called for the character to appear on stage with other dancers. Greer said the role was ultimately downsized and given to an extra who agreed to do nudity.

When Greer arrived to set following a local casting that the production source said was probably performed online, she was presented with the standard SAG (Screen Actors Guild) agreement and a nudity rider. When Greer informed producers that she was uncomfortable with the nudity, she was paid as a matter of courtesy, the insider said. They then recast the part.

As with the latest accusations, Greer said she spoke up after Fukunaga made a public statement about women’s issues — in her case, his efforts to bring James Bond into a post-#MeToo world. “Cary is out here talking about his female characters — it’s like another slap in the face over and over and over,” she said. “Yes, he has had an illustrious career — that was a star-maker for him, and what happened to me? Nobody cares.”