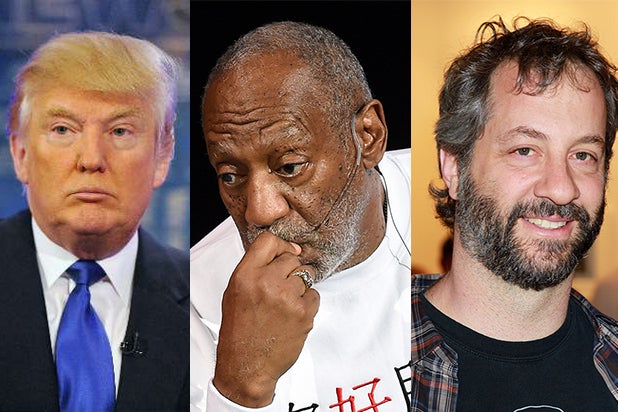 Spoiler Alert: Do not read on if you haven’t watched Sunday’s season premiere of “The Celebrity Apprentice” and don’t want to be spoiled.

On Sunday, executive producer and host Donald Trump weighed in on “Cosby Show” star and “Apprentice” competitor’s decision not to ask her television dad for help on the premiere episode’s challenge.

“This show was taped just before the terrible Bill Cosby revelations came to light. She still should have asked him for money-goes to charity,” Trump tweeted about Pulliam’s decision.

Pulliam said she hadn’t spoken to Cosby in at least five years, expressing hesitancy to reach out to him. “The Cosby Show” star’s decision would ultimately lead to her firing.

“I think he’s probably guilty,” he said last month. “I think his defense has been horrible because he keeps going– nothing, I’m not going to talk. When a person doesn’t talk, that usually doesn’t mean good things.”

“She has known for years that he is an awful person. Accusations started in 05,” wrote Apatow, who directed the “40-year-Old Virgin.”

“I mean ur a comedy god but u have an extremely narrowband and privileged scope for ur powerful rage,” Barris continued. “He’s probably a monster.”

Cosby hasn’t been charged with any crimes stemming from the allegations. But the fallout prompted the cancellation of Netflix special, caused NBC to drop a comedy series that was in the works, and has led to several of his shows being canceled.

Cosby’s attorney wrote in a statement to TheWrap, “The new, never-before-heard claims from women who have come forward in the past two weeks with unsubstantiated, fantastical stories about things they say occurred 30, 40, or even 50 years ago have escalated far past the point of absurdity.”

.@realDonaldTrump she didn’t because she probably hates him. She has know for years that he is an awful person. Accusations started in 05.