Charles Koppelman, a legendary music executive whose career whose spanned four decades before becoming a top executive at Martha Stewart and Steve Madden’s companies, died on Friday at age 82.

The news was confirmed by his son, Brian, the showrunner of Showtime’s “Billions,” and daughter Jenny Koppelman Hutt in a social media post. While no official cause of death was given, Brian wrote, “He spent his last days surrounded by those he loved the most.”

Koppelman was one of the most dominant industry executives of the last half-century. Koppelman worked with musicians ranging from Barbra Streisand and the Lovin’ Spoonful to Prince, Billy Joel and Vanilla Ice.  He began his career as a singer but eventually became a publisher, working for Don Kirshner’s Aldon Music, with Clive Davis at CBS Records. He entered into a partnership with longtime Sony/ATV chief Martin Bandier and founded SBK Entertainment which he was sold to EMI in 1989 for $300 million.

After leaving his post at the helm of EMI in 1997, he worked with both Steve Madden and Martha Stewart before returning to the music business in 2011. Via his own C.A.K. Entertainment, he scored branding deals for the likes of Jennifer Lopez and Marc Anthony with Kohl’s, Nicki Minaj and Adam Levine with K-Mart. 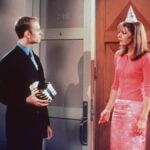 Born in Brooklyn in 1940, Koppelman began his career with a group called the Ivy Three. He scored a hit in 1960 with the novelty song “Hey, Yogi” before being recruited as a songwriter by Kirshner. Kirshner oversaw much of what was loosely termed the Brill Building.

He joined CBS’s music division 1971. As national director of A&R for Davis’ e formed the Entertainment Company in 1975 with Bandier, which over the years acquired catalogs including songs by Fifth Dimension, the Rascals and Brill veteran Neil Sedaka and teamed up such hit duets as Diana Ross and Lionel Richie’s “Endless Love,” and Barbra and Streisand and Donna Summer’s “No More Tears.”

Also Read:
The True Story Behind Steven Spielberg’s ‘The Fabelmans’

He and Bandier then teamed up with financier Stephen Swid to form SBK Entertainment. It began as a publishing company and acquired CBS Songs  for $125 million, which included such songs as “Over the Rainbow” and  “New York, New York,” and oversaw licensing for the ATV Music Group. ATV oversaw the Beatles catalog and was later acquired by Michael Jackson (and merged with Sony Music).

After playing a key role in the careers of Tracy Chapman — discovered by Koppelman’s son Brian — and New Kids on the Block, SBK sold the publishing company to to Thorn EMI for $300 million in 1988, launching SBK Records as a joint venture.

The company eventually merged with EMI, with Koppelman taking on the CEO role and bringing in Prince’s first post-Warner Bros. album “Empancipation,” although internal politics led to his departure in 1997. 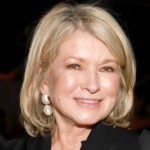