A joyless exercise in IP mining, “Cheaper by the Dozen” is all the more depressing for its glimpses of unfulfilled potential.

No one really needed to follow up a 2005 sequel of a 2003 remake of a 1950 adaptation of a 1948 autobiographical novel. But if you’re going to attempt to bring this story into the present day, you couldn’t ask for a better team than director Gail Lerner (“Will & Grace,” “Black-ish”) and writers Kenya Barris and Jenifer Rice-Genzuk Henry (“Grown-ish”). And who wouldn’t want to see a charmingly practical Gabrielle Union reign over lots of cute kids and a loving — if lackluster — husband played by Zach Braff?

Other than Braff, who isn’t actually supposed to be playing lackluster, it’s hard to say where everything went wrong. Lerner, Barris, and Henry all work primarily in TV, but that shouldn’t have been an unscalable obstacle. Barris co-wrote 2017’s raucous “Girls Trip,” and one of this movie’s strongest assets is its slick cinematic look (credit to experienced DP Mitchell Amundsen, “Home Sweet Home Alone”).

Also Read:
‘Home Alone,’ ‘Night at the Museum’ and ‘Cheaper by the Dozen’ Reboots in the Works – But for Disney+

How can it be, then, that three proven talents who know how to create first-rate comedies have made one so lacking in laughs? The only excess, in fact, is the shameless parade of blatant product placement — and really, Disney, did you need that money from Cîroc for your family film?

From the first shot, in which we see a prominently placed “Black Lives Matter” poster, it’s clear that the filmmakers intend not just to update but to upgrade this story, modernizing it in a way that is still too rare in studio movies. But in contrast to “Black-ish” and its spin-offs, which make their social and cultural observations through sharp wit and insight, “Cheaper by the Dozen” talks over, past, and down to its primary audience.

Just like the product placement, the many frank discussions of privilege, race, and racism are laid atop the movie rather than woven into it. The comic setups are as old as the original source material. Frenetic pacing substitutes for entertainment.

Union is flawless as Zoey Baker, pragmatic mom to the titular brood and long-suffering wife to Paul Baker. (The Baker’s dozen gag, which is one of the few outright jokes, comes from the 2003 movie.) Paul is infinitely less interesting than she is, and yet it is he who drives the primary plot. 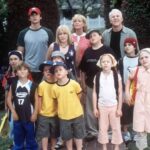 The couple runs a restaurant famous for Paul’s homemade sauce, which is somehow hot, sweet, or savory depending on what it’s used for. How is this possible? What is it made of? Doesn’t matter. A pair of pushy entrepreneurs (Brittany and Cynthia Daniel, “Sweet Valley High”) love it so much they immediately make Paul a sauce mogul. Yes, apparently, that’s a thing. In fact, there is so much money to be made in new and unknown condiments that the family can soon afford to trade up from Echo Park to Calabasas.

In yet another example of a movie that doesn’t take its target audience into account, this one makes a huge deal about the difference in neighborhoods. Is the average “Cheaper by the Dozen” viewer keeping up with Kardashians? If not, they’ll just be confused by the LA name-checking, and how often Calabasas is used as a signifier for everything Zoey insists they’re not.

As proof, June Diane Raphael — one of many cast members whose talents are wasted — shows up as their flatly racist new neighbor, who blithely assumes Zoey is the nanny or has adopted her children.

Zoey actually became mother to her blended brood in many ways, since she shares some of the kids with her football star ex-husband Dom (standout Timon Kyle Durrett, “Queen Sugar”), some with Paul and his flaky ex-wife Kate (Erika Christensen, who deserves better), had two sets of twins with Paul, and adopted a son when his parents were — have we mentioned this is a kiddie comedy? — “killed by a drunk driver.” 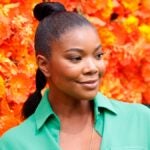 Also Read:
Gabrielle Union Reveals Original ‘Bring It On’ Trailer Deliberately Made Fans Think She Was in It More Than She Was (Video)

The cast is far more diverse than most studio films, which certainly suggests a thoughtful approach to representation. But the progressive intentions have strict limits. When oldest daughter Deja (Journee Brown) starts dating and replaces her athletic look with a miniskirt and makeup, the whole family goes nuts. “Deja’s a girl?” one kid snarks, as if gender stereotypes are the height of hilarity in 2022. “Who’s the baddie with the Kardashian butt?” asks another.

Then there’s Braff, who feels randomly cast and curiously muted. The lack of chemistry between the actors only underscores how unlikely it is that Zoey would fall in love with such a bland guy. Union gives her character as much pushback as the script allows when Zoey consistently outshines Paul yet is still expected to follow his lead. We share those frustrations every time Union, who is holding the whole movie together, steps aside so Braff can pull focus.

And what of the dozen? Some of the kids fare better than others, with most directed to behave in age-old, Hollywood-cute fashion. Only Brown (“Orange is the New Black”), who manages to cut through the artifice, truly stands out. She has an undoubtedly promising future ahead of her. This crumbling franchise, on the other hand, should be relegated to the past once and for all.

“Cheaper by the Dozen” premieres March 18 on Disney+.