Chris Pratt is in talks to star in and reteam with the Russo Brothers on “Electric State,” an adaptation of the illustrated novel by Simon Stålenhag. Millie Bobby Brown is attached to star.

The film from the “Avengers: Infinity War” directors was previously set up at Universal. 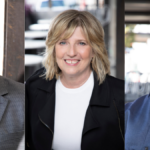 Set in an alternative future, “Electric State” centers on a teenage girl (Brown) who realizes that a strange but sweet robot has been sent to her by her missing brother. She and the robot set out to find the brother in an imaginative world of humans mixing with robots, uncovering a grand conspiracy in the process.

Production on the film is eyeing a fall start date in Atlanta.

The Russos are producing via their AGBO banner, along with Mike Larocca, AGBO’s president of production. Chris Castaldi and Patrick Newall are also producing. Angela Russo-Otstot, Jake Aust, Geoff Haley, Markus, and McFeely are the executive producers. 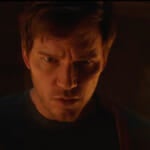 Next up, the Russos have “The Gray Man” starring Ryan Gosling and Chris Evans at the streamer. The film will premiere theatrically on July 15 and roll out to the streamer the following week.

The Russos are repped by CAA and Greenberg Glusker. Brown is repped by WME and Hansen Jacobson.