Christopher Meloni got a chance to set the record straight on a comment he made about “Law and Order: SVU” co-star, Mariska Hargitay, two decades ago to the media.

As he introduced his longtime coworker and friend at the Glamour Women of the Year Awards on Monday, where Hargitay was being honored, he used his speech to apologize for some casual words he shared with a journalist who asked — all those years ago — what the actress was like to work with.

“I have been trusted with one task tonight — introduce someone who needs no introduction, who I’ve been working with for 13 years, and been friends with for 22,” Meloni said, according to Glamour. “Because tonight, I am here to right a wrong that has festered for far too long. Twenty years ago an interviewer asked me about Mariska, and I said, ‘She has great energy.’” 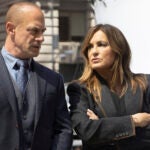 And the actress, who plays Capt. Olivia Benson to his Det. Elliot Stabler, had something to say about that comment all those years ago, Meloni continued.

“She read the article, she brought it to me in hair and makeup, she goes, ‘What is this?’ I go, ‘What do you mean? You have great energy.’ She goes, ‘You don’t say someone has great energy, because what that means is you have nothing nice to say about them, you have nothing original or truthful, you might as well say I have a great personality,’” Meloni recounted on stage.

To set matters right, the “Law & Order: Organized Crime” star used the platform at the event to expand much more fully on the actress. 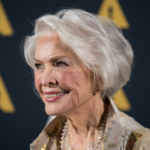 “She’s got great energy, great personality,” he told the crowd. “So tonight, I say this: Radiant. Charming. Funny. Generous. Elegant. Bawdy. Honest. Appreciative. Inclusive. Direct. Vivacious. That’s my favorite word; it comes from the Latin, ‘to live,’ which is what she does with great passion, every day, with everyone that she engages, be they friends, family, strangers, or commitments.”

Seemingly making up for lost time, Meloni had even more to share about the actress, who started the Joyful Heart Foundation, and who works to bring attention to the backlog of rape kits in the U.S., and advocate for them to be processed.

As he continued, he called her “fearless” and praised her “compassion and empathy.” 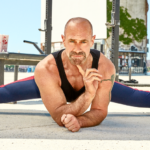 Also Read:
Chris Meloni Embraces Being Internet’s ‘Zaddy’ at 60: ‘How Much Am I Allowed to Enjoy This?’

“She sees hope in the hopeless; she sees the potential in the you, and me, and us,” he said.

While onstage, Hargitay thanked the magazine for the award, and went on to describe her version of glamour.

“It’s our deep desire for change. It’s our insistence on the good,” she shared. “It’s how we show up for our daily battles, big and small, public and private, the ones that last only a moment and the ones that stretch a lifetime. Inner beauty. Inner poise. Inner strength. That’s glamour to me. Truth and authenticity, radiating outward.”

Before the event, Hargitay admitted that having Meloni present her with the award meant a great deal.

“”You know he, after my husband, he knows me pretty well,” the actress told ET. “So it’s very meaningful, especially after the journey we’ve had these 22 years. The creative journey, the trust, the friendship, he’s sort of seen it all.”