In the wake of the debate debacle that’s delivered a gut punch to CNBC, many staffers at the business network are divided over whether “extremely biased” and “far left” correspondent and moderator John Harwood should have been allowed on stage.

“Everyone in the newsroom knows he’s extremely far left,” a network insider told TheWrap about the prevailing opinion that pervaded the newsroom even before the debate.

Harwood is “not just extremely biased and partisan, but he’s the worst kind who isn’t self-aware that he is,” the insider continued. “Blindness to that is what allowed him on the debate stage.”

Harwood did not respond to TheWrap’s request for comment on the topic.

CNBC defended Harwood to TheWrap, saying he should be “applauded.”

“Journalists who ask Presidential candidates substantive, challenging questions on interest rates, social security, the debt limit, student loans and taxes to name a few, should be applauded,” the network said.

Before the debate, that sentiment bred doubts among staffers over whether Harwood would be able to “stay in the middle ground” politically,” the insider said.

Afterward, Harwood was universally panned by Republican candidates and pundits along with many in the media for what was deemed an astounding display of bias toward the participants.

“Is this a comic book version of a presidential campaign?” the network’s correspondent who doubles as as New York Times columnist, asked Donald Trump after listing his most controversial policies. 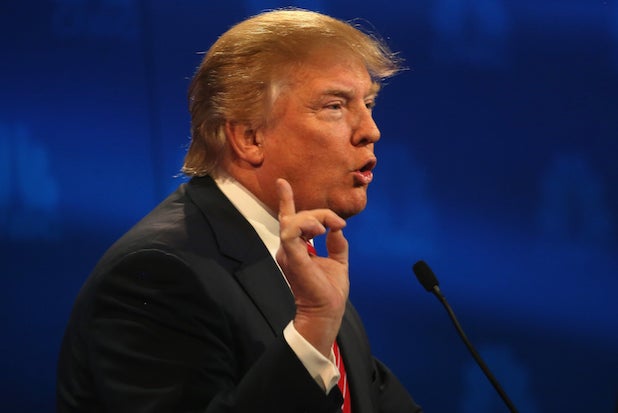 Trump wasn’t pleased, countering, “It’s not a very nicely asked question the way you say that.”

Harwood followed by informing the real estate mogul that veteran economic advisers told him Trump’s tax plan has as much chance of not blowing up the deficit as the Donald would of “flying away from that podium by flapping your arms.”

In another question posed to former Florida governor Jeb Bush, Harwood referenced the “know-nothingism” of Republicans, coined by former Federal Reserve chairman Ben Bernanke, who recently said he no longer considers himself a member of the GOP.

“Is that why you’re having a difficult time in this race?” he asked Bush regarding whether changes in the party have made him too moderate to earn its nomination.

Next, Harwood got into it with Marco Rubio, using a Tax Foundation report to cast doubt on whether the Florida senator’s tax plan levels the playing field economically or benefits the wealthy disproportionally.

“Since you’re the champion of Americans living paycheck to paycheck, don’t you have that backward?” Harwood asked Rubio, who disputed the numbers. Rubio then went after Harwood for previously writing a story on his tax plan that he later had to correct.

“You wrote a story on it, and you had to go back and correct it,” Rubio said during the debate.

Harwood responded, “No, I did not.” But he did, at least on social media.

Interestingly, Harwood corrected the record concerning Rubio’s plan on Twitter, but not in his actual New York Times story. 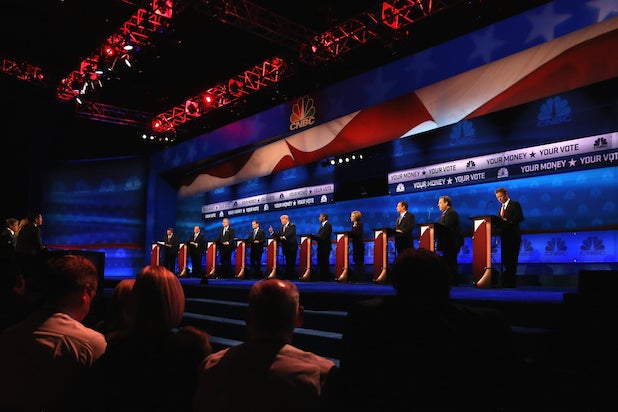 In “Tax Plans of G.O.P. Favor the Rich Despite Populist Talk,” he made no mention that the Tax Foundation forecast that Rubio’s plan would help the lowest 10 percent the most at 55.9 percent.

Harwood, and CNBC in general, “tried to pick a food fight” between candidates, the insider said.

Another moment that would fall into the “food fight” category occurred when Harwood asked former Arkansas governor Mike Huckabee if he thought Donald Trump had the “moral authority” to govern the country.

Huckabee didn’t take the bait: “Of the few questions I’ve got, the last one I need is to give him some more time,” he answered.

The criticism of Harwood and CNBC’s entire debate production doesn’t seem to be fazing network executives, who have tried to boost morale among deflated staffers by pointing to the record ratings drawn by the telecast, the insider said.