Despite some speculation, the “Cobra Kai” creators are not involved in the upcoming “Karate Kid” movie.

“Cobra Kai” creator Jon Hurwitz responded to a fan on Twitter Saturday who asked if he’d heard anything about the new film, which has been teased as a return of the original “Karate Kid” franchise. He was quick to explain that he actually had no involvement with the films, but wished them well.

“The guys and I would love to make Karate Kid and Cobra Kai movies and hope to someday,” he wrote. “But this one isn’t from us or focused on the Cobra Kai cast. Don’t know much about it, but wish it well.” 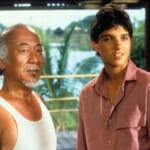 “Cobra Kai” is set 30 years in the future from the original film, which also starred Ralph Macchio. The series brought back the main characters from the franchise and is considered a sequel series to the first two movies.

On Friday, Sony’s Columbia Pictures announced that a new “Karate Kid” film is in the works for June 7, 2024.

Sony Television also produces “Cobra Kai,” and the show not only includes many of the same actors and characters reprising their original roles, but the latest fifth season ended on a cliffhanger that could point the way to a new feature.

No other director, screenwriter or cast details have been unveiled for the new “Karate Kid.”

The original “Karate Kid” from 1984 starred Macchio and Pat Morita and spawned two sequels with Macchio, a fourth film in 1994 “The Next Karate Kid” with Morita and Hilary Swank, and a remake in 2010 with Jackie Chan and Jaden Smith. 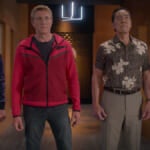