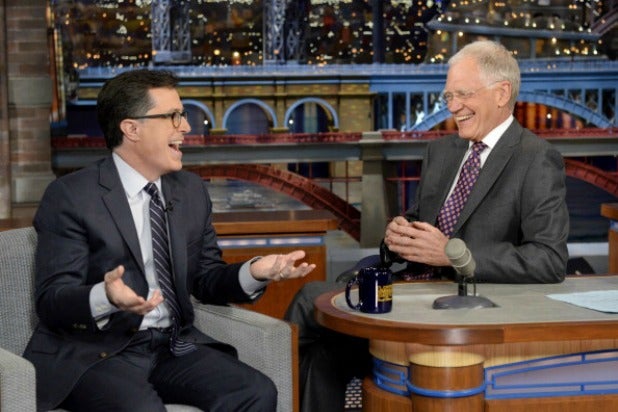 “We’re thrilled to continue broadcasting CBS’s ‘Late Show’ from New York and call the Ed Sullivan Theater its home,” said CBS CEO Les Moonves, who announced the decision to keep the show close to its roots in a joint announcement with New York Gov. Andrew Cuomo.

“Today, I am pleased to announce that the ‘Late Show’ will stay in New York, where it belongs. New York has long been an international entertainment leader, and with this commitment from CBS we are beginning the next chapter in that proud history,” Cuomo said.

The decision further establishes New York as the center of the late-night universe. Last year, Jimmy Fallon elected to move “The Tonight Show” to NBC’s 30 Rockefeller Plaza instead of keeping the show in Burbank, where it had taped since Johnny Carson moved the show west in 1972.

“David Letterman has graced this hall and city with comedy and entertainment that defined a generation,” Moonves said. “When Dave decides to pass the baton next year, we look forward to welcoming Stephen Colbert, one of the most innovative and respected forces on TV, to this storied television theater. I would also like to applaud Gov. Cuomo for all that he has done to keep New York a vibrant and attractive location for all forms of television production. We’re excited to be here in late night for many years to come.”

David Letterman, announced his retirement after 21 years of hosting the “Late Show” on his April 3 broadcast. The following week, CBS announced that the “Colbert Report” host would replace him. Colbert’s premiere date as host of the “Late Show” will be announced after Letterman determines a timetable for his final broadcasts, CBS said.