Cole Sprouse and Kathryn Newton have signed on to star in “Lisa Frankenstein,” penned by Oscar-winner Diablo Cody and directed by Zelda Williams.

Taking place in 1989, the film follows a high school outcast who accidentally brings a handsome Victorian corpse to life during a lightning storm. With the help of a broken tanning bed in her garage, she sets out to turn him into the man of her dreams.

Cody and Mason Novick of MXN Entertainment will reunite as producers, having previously collaborated on films such as “Tully,” “Jennifer’s Body,” “Young Adult” and “Juno,” for which Cody won Best Original Screenplay at the 2008 Academy Awards. Jeff Lampert will serve as executive producer. Michelle Momplaisir, Focus Features’ Vice President of Production and Development, will serve as the creative executive. 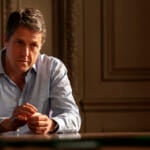 Principal photography will begin later in the summer.

Sprouse, who got his start as a child actor on Disney Channel’s “The Suite Life of Zack & Cody,” recently starred in “Moonshot” and CW’s “Riverdale,” which is set to end with Season 7 in the spring of next year. Newton broke out with 2017’s “Big Little Lies,” “Three Billboards Outside Ebbing, Missouri” and “Lady Bird,” and has “Ant-Man and the Wasp: Quantumania” next up on her slate. 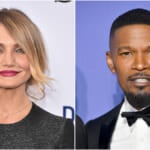 Also Read:
Cameron Diaz Comes Out of Retirement With Help From Jamie Foxx and Tom Brady