The eight-episode contemporary take, which heads into production later this summer, is described by Netflix as a “genre-bending series” that puts a “modern twist on Greek and Roman mythology, exploring themes of gender politics, power and life in the underworld.”

“I’m absolutely thrilled to be making ‘Kaos,’ and I can’t think of a more exciting or dynamic team of people to bring everything to life. Georgi [Banks-Davies] and Runyararo [Mapfumo] are both visionary directors with pleasingly dark senses of humor — I’m delighted to be working with them both,” Covell said, according to Deadline, which first reported on the “Kaos” cast. “I believe I’m still in shock at the news that Hugh Grant has agreed to play Zeus — this was my dream. He’s leading a stupendous cast of actors and we’re extremely honored to have them all on board. I can’t wait for filming to begin.” 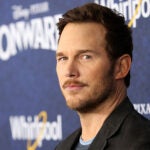 “Kaos” is set to play out in three worlds: the Gods, the Earth, and the Underworld.

Grant will play Zeus, whose great power is only matched by his deep insecurity. The discovery of a wrinkle on his previously pristine foreheads sends him spiraling down a paranoid path as he becomes consumed by the idea of his own downfall, per the outlet. Thewlis will play Hades, God of the Underworld and brother of Zeus, who is secretly losing control over his realm. Hera (McTeer), the Queen of the Gods, holds command over Earth and Zeus to a certain extent. But her reign is threatened by by Zeus’ growing concern, which is exacerbated by his rebellions son Dionysus (Rizwan).

On Earth, Poseidon (Curtis) — God of Sea, Storms, Earthquakes and Horses — cares little about the fate of mankind and instead focuses his energies on partying. But the rising discontent of mortals such as Riddy (Perrineau), Orpheus (Scott) Caneus (Butler) and Ari (Farzad) puts humanity on a path to oppose Zeus and the careless Gods.

“We are delighted to have such a phenomenal cast and team delivering Charlie Covell’s unique, contemporary vision of a mythical world,” said Sophie Klein, who serves as Director of UK Series at Netflix, per Deadline. “Joyful and dark, ‘Kaos’ will entertain, amuse and move you all at once.”

In October 2019, Covell told Radio Times that she was aiming for the scale of “Game of Thrones” but the tone of “The End of the F***ing World” and that Baz Luhrmann’s “Romeo and Juliet” was a visual inspiration. “The gods are like a massively dysfunctional family. It should be funny and dark and sad,” she said at the time.

“Kaos was written and created by Covell with production companies Sister and Anthem producing the series. Georgi Banks-Davies will serve as lead director and executive producer. Runyararo Mapfumo will direct as well. 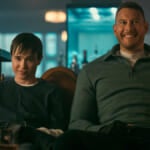 Also Read:
The Umbrella Academy’ Season 4 ‘Would Be a Great Ending’ for the Show, EP Says